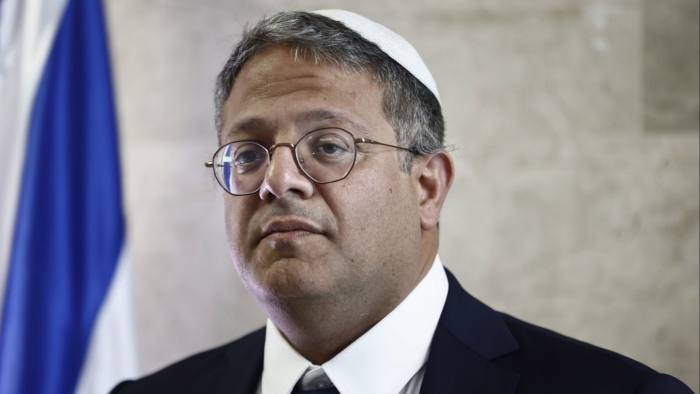 The Israeli Public Security Minister Itamar Ben Gvir demanded the destruction of what he claims are six illegal Palestinian structures built in Area C of the West Bank in the past month, in addition to Khan al Ahmar.

During a cabinet meeting on Sunday, Ben Gvir presented a document with aerial photos of the alleged structures and declared “the law is the law and there is one law for all.”

“I will not accept racism against Jews on my watch. Just as the defence minister chose to destroy a Jewish outpost, we demand that illegal Arab construction in Judea and Samaria [the West Bank] be destroyed.”

Israeli Prime Minister Netanyahu responded that the law is applied in a balanced way and noted that three Arab homes had been demolished in Bethlehem and Nablus.

While the Israeli Civil Administration approves the construction of several thousand settlement units in the occupied West Bank each year, authorization of Palestinian construction in the same territory is rarely given.

All Israeli settlements and outposts in the West Bank are illegal under international law, as well as under Israeli law.