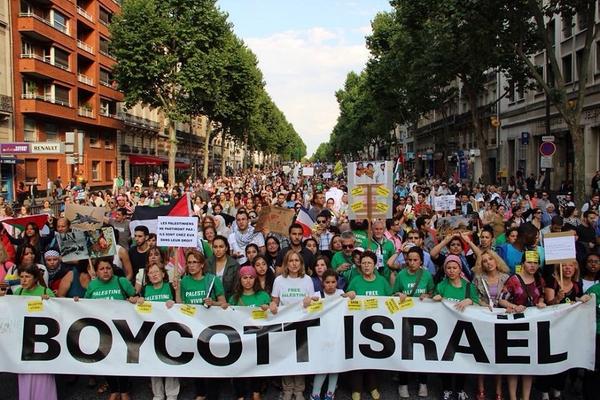 330 leaders of Jewish citizens in America called for a boycott of certain parts of the new Israeli occupation government, according to “Israel Hayom” newspaper. This comes in light of the recent formation of the Israeli government, which consists of right-wing parties and religious Jewish parties.

At this stage, a great uproar arises among the Jewish citizens of America because of this position.

On the other hand, so many American Jewish rabbis denounced the boycott position and called for supporting “Israel”. They expressed their pain, because of the condemnation of a number of US  Jews of “Israel”.

The newspaper stated that there’s state of anger among the US Jews, due to differences in attitudes and orientations. Some of them support “Israel” and others boycott it, in light of the formation of the new extremist Israeli government.

It was stated in the letter of the Federation of American Rabbis, and other organizations, according to the “Israel Hayom” newspaper, “We condemn the calls of these marginal groups not to cooperate with the new Israeli government, giving validation to anti-Israeli sentiments.”

“It pains us that 330 people, who identify themselves as Reform and Conservative, boycott parts of the Israeli government. Such a move would advance the goals of our enemies around the world.”

On the other hand, Shera Ruderman, CEO of the Ruderman Foundation, appealed to Netanyahu prior to forming the government. She called on him to amend the extremist statements of the ministers in the government.

She said, “Our request is to work urgently  to save relationship between Israel and the Jews of the Diaspora. We have to prevent real damage that may reach the point of no return.”