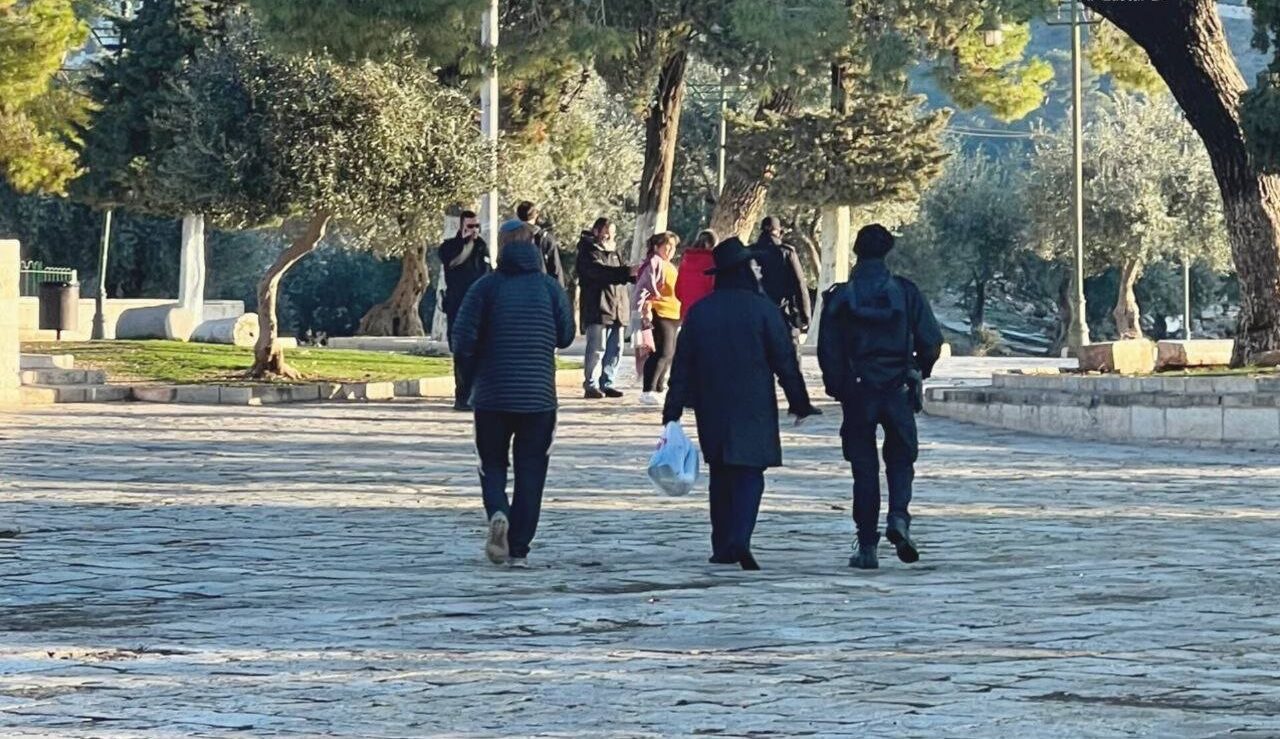 Local media sources reported that Israeli colonial settlers broke into the courtyards of Al-Aqsa and performed provocative Talmudic rituals in some of its squares.

Meantime, Israeli occupation forces are widely spread across the compound of the Al-Aqsa Mosque to protect the colonial settlers, banning the existence of Palestinians.