‘When I Paint, I Feel Pleasure and Relief’: Challenges Faced by Young Artists in Gaza 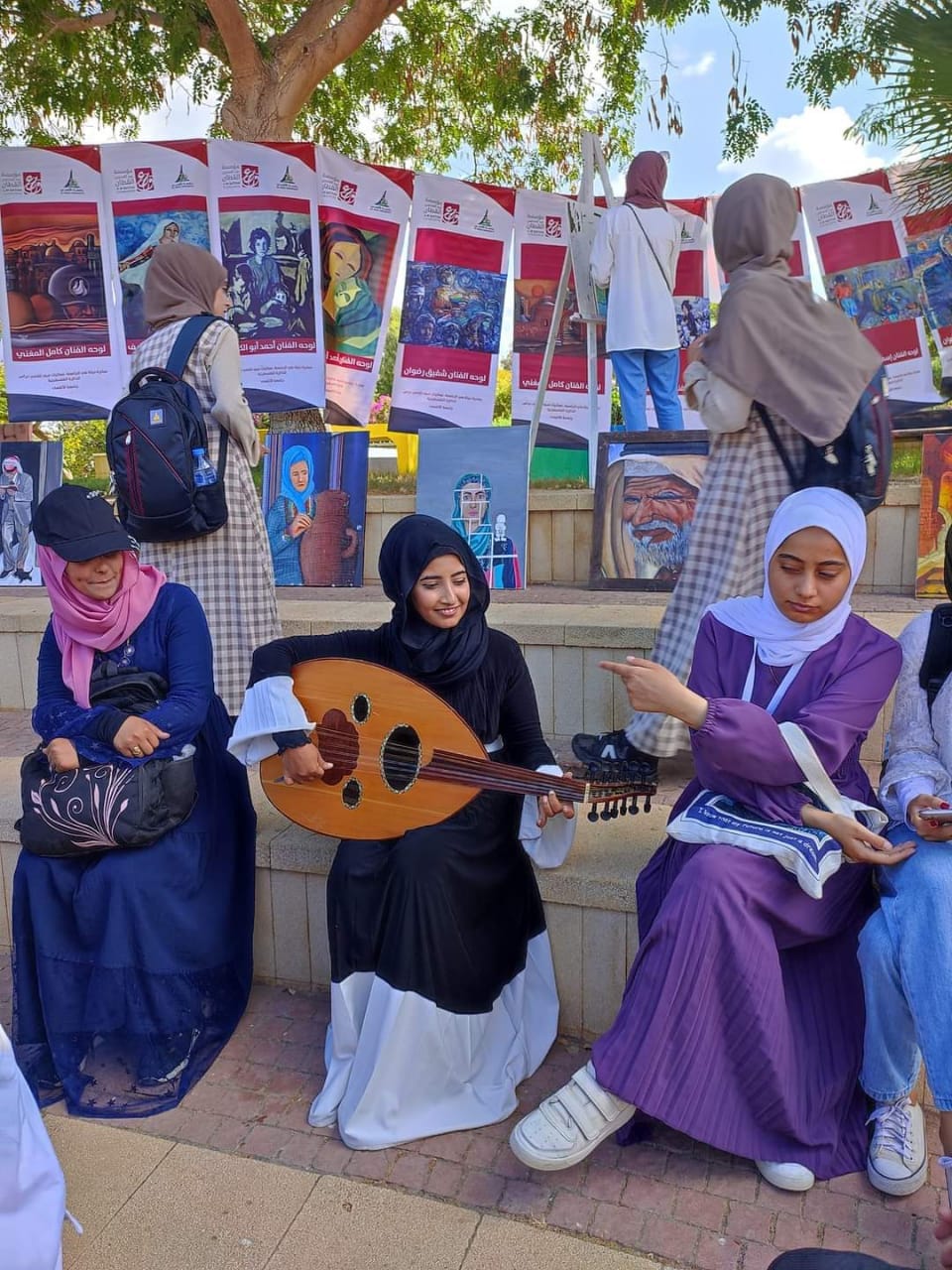 “When I paint, I feel pleasure and relief. Painting is how I cope with this exhausting reality,” says Walid Al Yaqoubi, one of many young people in Gaza who find art helps them survive psychologically the harsh conditions of daily life.

But because of the economic situation, very few of them are able to make a living from their talent. The Palestine Chronicle spoke to three of them about their dreams and their struggles.

Walid, 20, loved art since childhood and now studies at the Faculty of Fine Arts at Al Aqsa University. He believes he would have struggled mentally had he not been able to paint and draw.

A sensitive and introverted person, Walid said he spent years creating his own art studio, but in 2021, both his home and his studio were destroyed by an Israeli airstrike. He lost a lot of equipment, but what hurt him much more was the destruction of his portraits. The portraits were like his friends; losing them felt like losing dear ones.

“Destroying houses means destroying lives,” he said. “Everything I cherished, I now miss, and I wish I could get them back.”

Despite his considerable talent, Walid has never managed to get a job or even any paid internships. He has approached many cultural organizations, but they only offered to let him volunteer.

He feels lucky that he can enroll in training courses because he knows most youths with the same talents and passions cannot even do that due to the challenging financial situation in Gaza where, according to a recent United Nations report, an estimated 65 percent of families live below the poverty line.

Recently, it looked like Walid’s luck might have changed when he was offered the chance to travel to Europe to show his work. Unfortunately, he and the other artists on the trip found that some European cities refused to let them hold their exhibits because of their Palestinian background.

During his journey, he ran out of money and had to sleep on trains. It was very uncomfortable and the weather was freezing. On his return, he had to sleep for days on the ground in the towns of Al Emadiea and Al Areesh as there were no hotels there on the border between Egypt and Gaza.

Now, he needs a lot of time to heal from the trauma his journey to Europe caused. And he is full of wonders about the future. Will he find a job? Will the situation ever change?

Suhair Al Shawi says that her beloved Oud brings joy to her heart. “My Oud makes me feel special. It is like my son, whom I cannot live without. Music took me to a brand-new world that I never thought I’d experience.”

Suhair, 24, studies Works of Plastic Arts at Al Aqsa University. Because of her family’s critical financial circumstances – her father is dead, her mother unemployed – she had to wait a few years before she could start her studies. With three brothers and three sisters also in the family, Suhair finds it hard to purchase the equipment of the right quality that she needs, and the biggest challenge is getting a laptop. Her lecturers keep saying she must have one, but it’s really out of her reach.

But the story of her Oud is one of success. While she was waiting to start her studies, she decided to distract herself from contemplating a vague future by participating in an initiative launched by the Culture and Free Thought Association to learn to play music.

At the time, she could not afford to buy an Oud for herself so her father borrowed one from his friends. She worked hard to unleash her full potential regarding music and managed to become the first female musician in her conservative neighborhood.

She still struggles with finances. Like Walid, she approached many organizations, but they only offered her voluntary opportunities. Suhair doesn’t have a studio of her own, but her family has made their kitchen into a practice room for her in the hope that one day she will become a famous artist.

Mohammed Abu Se’da is another student who finds getting a laptop is the hardest challenge he faces. Studying Technology at Al Aqsa University, Mohammed, 24, comes from a poor family. His father is in bad health and unable to work and though his mother has a BA in Arabic, she has never had a long-term job.

Mohammed has been at the university for four years and should have graduated this year but, with the shortage of money, he has only been able to complete two years of study. However, he and his twin brother, Mahmoud, have a passion that keeps them going through all difficulties: they are talented Dabke dancers and trainers.

“I love dancing because it connects me to my origins and culture. It’s my dream to earn my living doing what I love,” he said.
Sadly, it is a dream that looks likely to be unfulfilled. When they discovered that dabke is taught at Al Awda, a cultural organization in their neighborhood of Jabalia, the brothers tried to get themselves hired, to no avail.

“I am a youth and I have a lot of white hair because of my anxiety. To be honest, I’m exhausted,” said Mohammed. “All organizations I asked for help from refused me, saying spreading out Palestinian culture is a national duty, and they don’t have to pay for it.”

He would love to create his own Dabke group but is very aware it would need so much – a place to perform, a lot of equipment, traditional clothes, and many training courses. Mohammed can’t afford his transport costs to the university, so how could he manage to create a dance group?

Huwaida Mansour Al Edremly, executive case manager at the Culture and Free Thought Association, told Palestine Chronicle that the number of youths in Gaza is so much beyond their capacity to sustain them financially. Even if some youths are hired, they are very underpaid. That’s why many youths emigrate.

Huwaida added that it was even very challenging to give youths volunteer opportunities. “I’m really frustrated seeing youths going through such a terrible situation, “ he said. “I wish we could help, but it’s beyond our capacity.”