US Says No Comparison Between Russian, Israeli Occupation 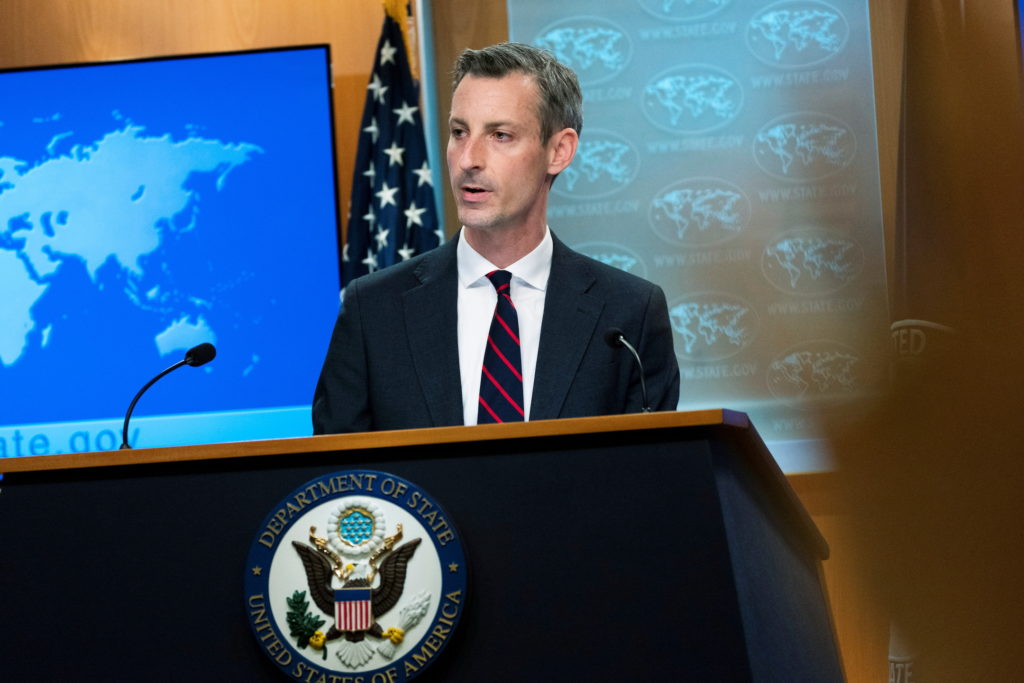 US State Department spokesperson Ned Price has refused to compare Russian and Israeli Occupation in terms of violations and abuses of civilians.

There are two possible views over Ned Price’s “reckless and ignorant” release; whether he fools around and attempts to back Israeli Occupation, which is not shocking, or he really lacks of what is happening on the ground.  Both possibilities do NOT make any sense. Besides, We cannot turn a blind eye to the US-long staggering bias with the Israeli Occupation.

Local and international media are reporting the Israeli violations against the Palestinian residents that are being carried out on a daily basis.

Let us consider Price’s statement and frankly ask ourselves:

DOES Killing over 40 Palestinians in Gaza, the vast majority were children, in a three-day-aggression can be compared to Russian aggression?

DOES Launching permanent military incursions and detention campaigns in the Occupied West bank can be also compared to Russian aggression?

In the same context, Amnesty International has lately released a report accusing the flagrant Israeli Apartheid in the Palestinian Occupied Territories (OPT) under the title of “A cruel system of domination and a crime against humanity”.

In the damning report, Amnesty International highlighted that Israeli Occupation must be held accountable for committing the crime of Apartheid against Palestinians. It detailed how Israel enforces a system of oppression and domination against the Palestinian people wherever it has control over their rights.

What’s worse, the report also sets out how massive the illegal annexation of Palestinian land and property is, field execution, forcible transfer, and drastic movement restrictions.

“Our report Reveals the true extent of his rallies Apartheid regime. Whether they live in Gaza East Jerusalem and the rest of the West Bank or Israel itself Palestinians are treated as an inferior racial group and systematically deprived of their rights. We found that Israel is cruel policies of segregation, Dispossession and exclusion across all territories under its control Clearly amount to APARTHEID. The international community has an obligation to act.” The report concluded.

Ned Price releases official statements while at the office without paying a visit to the OPT in order to witness with his own eyes what is REALLY happening on the ground. He might have a clue about the Israeli violations against Palestinians, yet he apparently made his statements according to ideological aspects. Hence, We come to conclude that the US stance represents the usual clear vision in terms of the double standard and imperialistic policy.