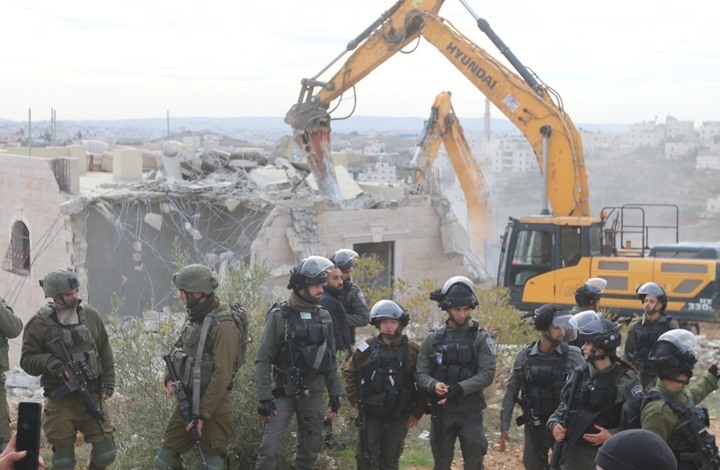 The Israeli occupation forces demolished and seized two Palestinian residential tents and household appliances, beat an elderly man, and fired tear gas canisters at citizens in the village of Al-Jawaya, east of Yatta, south of Hebron, on Tuesday, October 25, 2022

Local sources reported that the occupation forces raided the village of Al-Jawaya and demolished two Palestinian residential tents and seized them and household appliances, owned by the Palestinian citizens, Adham Ahmed Al-Shawaheen and Musa Hassan Al-Shawaheen.

The occupation forces also fired tear gas canisters at the Palestinians, causing a number of them to suffocate, and beat members of the two families, causing bruises to the elderly Ahmed Al-Shawaheen, 70.

Adham Al-Shawaheen explained that the Israeli occupation escalated its attacks against Palestinian citizens in the villages and neighborhoods of southern Hebron by demolishing their homes and facilities, preventing citizens from building, and depriving them of electricity and water to force them to leave their homes and leave their lands in favor of expanding Israeli settlement outposts.