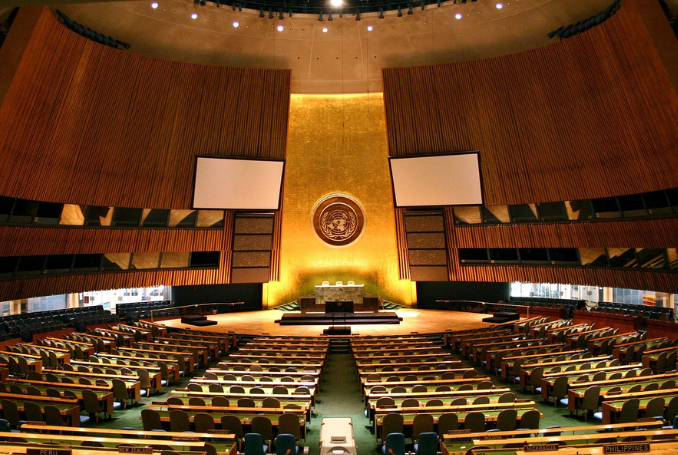 98 countries voted in favor of a draft resolution titled “Israeli practices affecting the human rights of the Palestinian people in the Occupied Palestinian Territory, including East Jerusalem”.

By its terms, the Assembly would demand that Israel cease all measures that violate the human rights of the Palestinian people. It would also have the Assembly decide to request a legal advisory opinion from the International Court of Justice on the nature of the existence of the Israeli occupation in the land of the State of Palestine, including Jerusalem. 52 countries abstained, and 17 countries voted against the resolution.

Palestinian Authority Minister of Foreign Affairs and Expatriates Riyad Al-Maliki welcomed the vote and the international support of the resolutions in favor of Palestine, which will be adopted later by the UN General Assembly.

Al-Maliki said in a statement that the positive vote of the countries comes in light of Israel’s systematic violations against our people and their rights and its lack of commitment to international law.