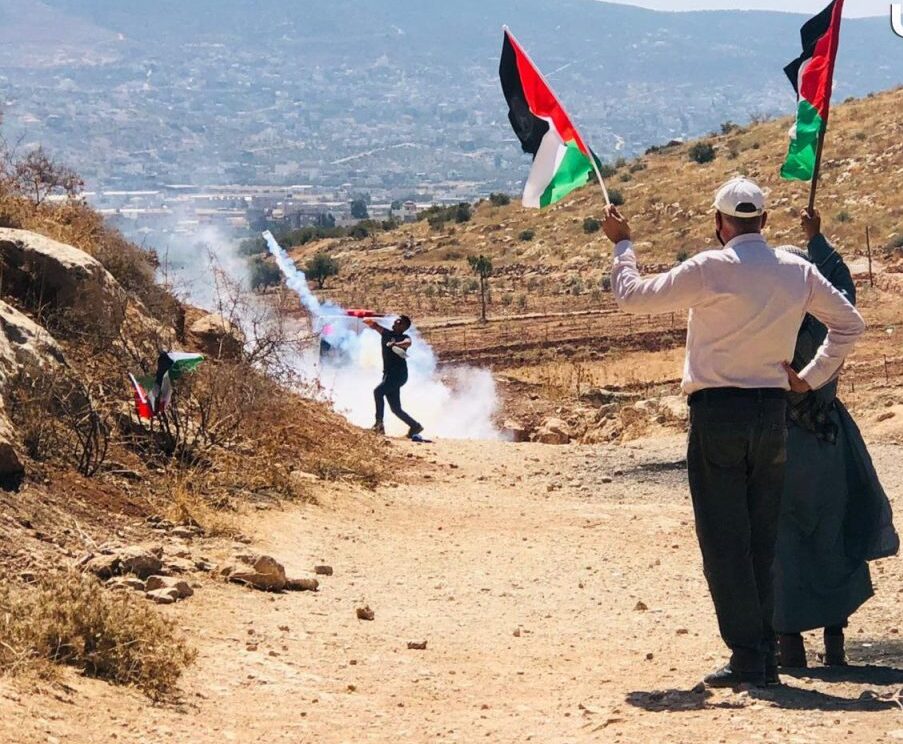 Three United Nations experts condemned the “rampant Israeli settler violence and excessive use of force by Israeli forces” against Palestinians in the occupied West Bank this year.

In a statement issued on Thursday, the UN experts said the Israeli violence in the West Bank “have made 2022 the deadliest in this area of the occupied Palestinian territory since the United Nations started systematically documenting fatalities in 2005.”

The three UN experts demanded ‘Israel’ ensure the protection, security and welfare of the Palestinian people living under its occupation, in accordance with its obligations under international law.

“Armed and masked Israeli settlers are attacking Palestinians in their homes, attacking children on their way to school, destroying property and burning olive groves, and terrorising entire communities with complete impunity,” said the experts.

2022 is the sixth year of consecutive annual increase in the number of Israeli settler attacks in the occupied West Bank, despite a 2016 UN Security Council resolution specifically intended to halt settlement activity.

“Disturbing evidence of Israeli forces frequently facilitating, supporting and participating in settler attacks, makes it difficult to discern between Israeli settler and State violence,” said the experts. “The impunity of one is reinforced by the impunity of the other.”

“International human rights law only permits the use of firearms by State security forces against individuals posing an imminent threat to life or serious injury. Use of lethal force as a first rather than a last resort by Israeli forces, against Palestinians who do not present an imminent threat to life or of serious injury, may amount to extrajudicial execution – a violation of the right to life – and wilful killing prohibited under the Fourth Geneva Convention and Rome Statute.”

Israeli forces should reconcile their rules of engagement with international law and address impunity within their ranks by investigating all deaths at the hands of Israeli forces and settlers, the experts said.

“Illegal settlement poses a corrosive threat to Israeli society as a whole, and unless Israeli forces abandon this dominant settler mindset and rightfully treat Palestinians in the occupied territory as protected persons, Israel’s deplorable record in the occupied West Bank will likely deteriorate further in 2023,” they said.

“No peaceful settlement can be pursued under Israel’s repressive occupation: a reality that should be a wake-up call for all decision-makers.”