The Fire Gaza will Never Forget 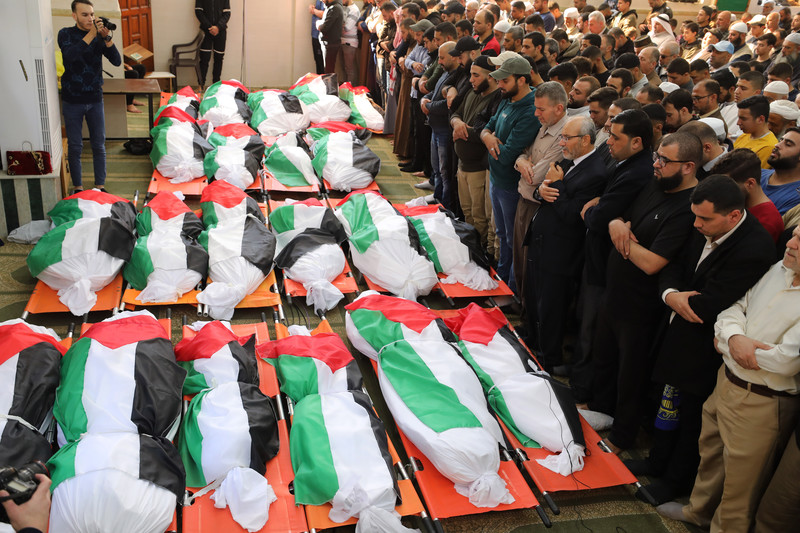 I grew up in Jabaliya refugee camp. And I have experienced the pain of its community many times before – most particularly during the massacres carried out by Israel during its major 2014 assault on Gaza.

Yet there is something different about the fire that occurred here on 17 November this year, killing 21 people.

I am relatively young and normally energetic. The tragic fire makes me feel like I have aged prematurely.

I am exhausted. My heart is filled with misery.

The people killed in the fire comprised a few generations of the Abu Rayya family.

Watching their bodies being carried one after the other at the funeral was a sight that would move the hardest of hearts.

The grief is extremely raw for Muhammad Jadallah. He has lost his wife Faten, 32, and his children Rahaf, 10, Moutaz, 8, and Batoul, 4.

They lived in the Khan Younis area of Gaza but had come to Jabaliya camp to celebrate the third birthday of Faten’s niece Rita.

“I am the one who took my wife and three children to the place they would die,” said Muhammad. “I feel like I am in a nightmare.”

The fire has traumatized those who witnessed it.

Among them are Ibrahim Abed, 12. He lived beside his pal Karam Abu Rayya.

As soon as he saw that the building was on fire, Ibrahim shouted at it, telling Karam that he must evacuate immediately.

Ibrahim saw Karam through the window. He could tell that Karam was screaming for help.

Karam could not be rescued. He died along with his sister Rita – the girl celebrating her birthday – and his other siblings Razan, 9, and Ameer, 7.

Karam’s parents, Nader and Rose, were killed in the fire, too.

Ibrahim cannot sleep properly since the fire. Karam was the same age as Ibrahim and his best friend.

“I don’t like closing my eyes,” Ibrahim said. “When I close them, I see Karam burning.”

Neighbors recall with horror how they saw Rose – Karam’s mother – trying to throw her daughter Rita out a window. Rose screamed at the people below, begging them to catch Rita.

But it was too late. Rita was already engulfed by flames.

“I could not bear to watch a mother try to throw her child out a window,” said Ahmad Masoud, one of the family’s neighbors. “This doesn’t even happen in horror movies. I feel guilty that I was not able to save the child.”

I knew some of the victims personally.

He was a generous man. Every time I spoke to him, he had a warm smile on his face.

The Abu Raya family valued education. A number of them were public servants.

They included Maher’s father Faraj, 66, a manager in the physiotherapy department of UNRWA, the UN agency for Palestine refugees.

We must never forget Faraj, his wife Nasrah, 62, and all their children, grandchildren and in-laws who died in this terrible fire.

For people in Jabaliya camp, the tragedy brought painful memories of 17 September 2009.

On that day, I was working in a clothes shop. It was the end of Ramadan and the streets were full of people.

Everyone seemed to be buying new clothes and sweets for the feast of Eid al-Fitr.

All of a sudden, a blast occurred in the takeaway restaurant owned by the Abu Harb family. A gas cylinder had exploded and a fire broke out.

I was a short distance away from the cafe and I will never forget the scene.

The blackened bodies of a woman and her child.

The noise of a man screaming helplessly.

The smell of burning flesh.

I was 18 years old then. And I wanted the earth to open up and swallow me.

Ten people died on the day of that fire. A further seven died from their injuries in the following days.

I and so many others always hoped that nothing so dreadful would ever again happen in Jabaliya camp.

Our hopes have been destroyed.

The fire which wiped out the Abu Rayya family was even worse.

Hamza Abu Eltarabesh is a journalist based in Gaza.