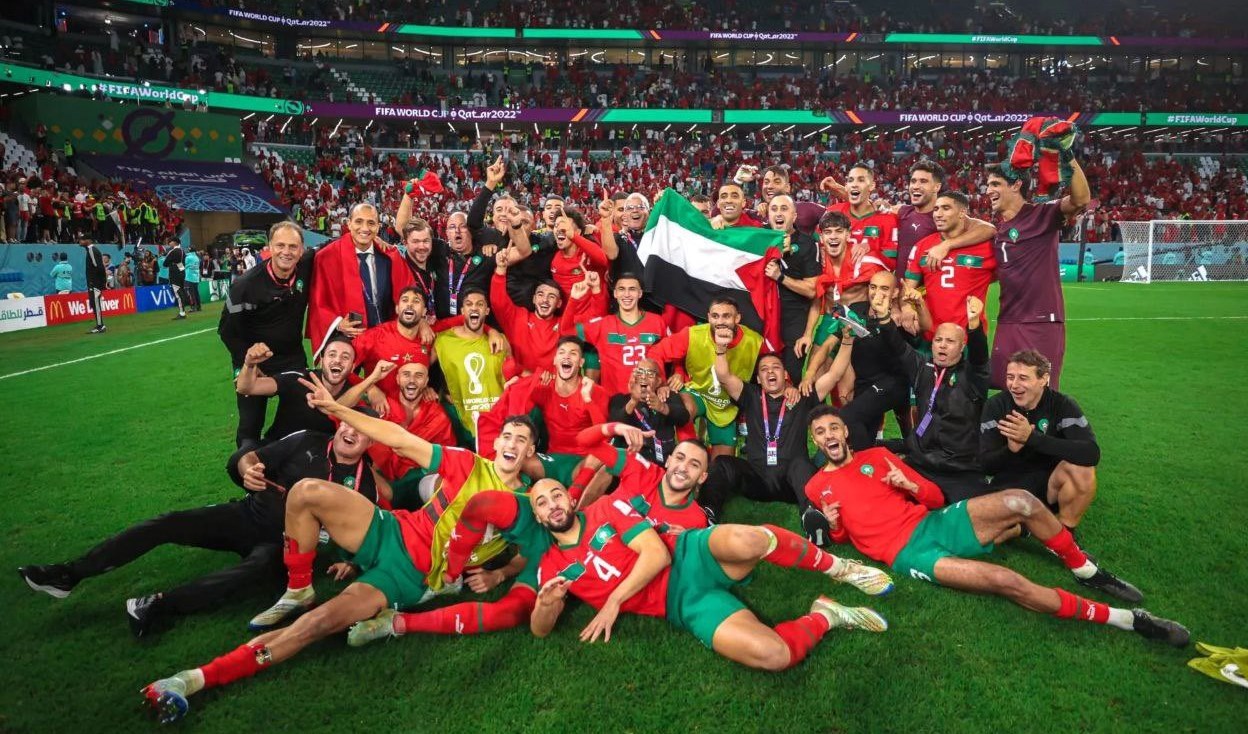 Notorious pro-Israel campaign group UK Lawyers for Israel (UKLFI) protested against the waving of the Palestinian flag by the Moroccan football team at the 2022 Qatar World Cup. According to the Jewish Chronicle, the London-based charity wrote to FIFA Disciplinary Committee Chair Jorge Palacio accusing the North African country of breaching FIFA rules.

Palacio was asked by UKLFI to open an immediate investigation and that he pronounce interim measures to prevent any repetition of such violations at the semi-final tomorrow and at the final of the third-place playoff on Saturday.

UKLFI claims that Morocco has breached Article 11.2 of the FIFA Disciplinary Code which says that anyone who uses “a sports event for demonstrations of a non-sporting nature” may be subject to disciplinary measures. Morocco was also accused of breaching several other disciplinary codes.

Morocco has celebrated every victory by raising the Palestinian flag. The flag of Qatar has also been raised by Moroccan players, but UKLFI does not appear to have raised any objection to that in its complaint to FIFA.

The pro-Israeli lobby group has become notorious for its support for the Apartheid State. In one of its many campaigns, UKLFI pressured an examining board to amend its textbook on Israel and Palestine. The amendments were slammed as Israeli propaganda and the textbook was withdrawn.

UKLFI’s relationship with far-right Israeli groups has also been a cause of concern including amongst British Jews who in 2019 urged patrons of UKLFI to resign over a highly controversial event with a “far-right”, pro-settler Israeli group.