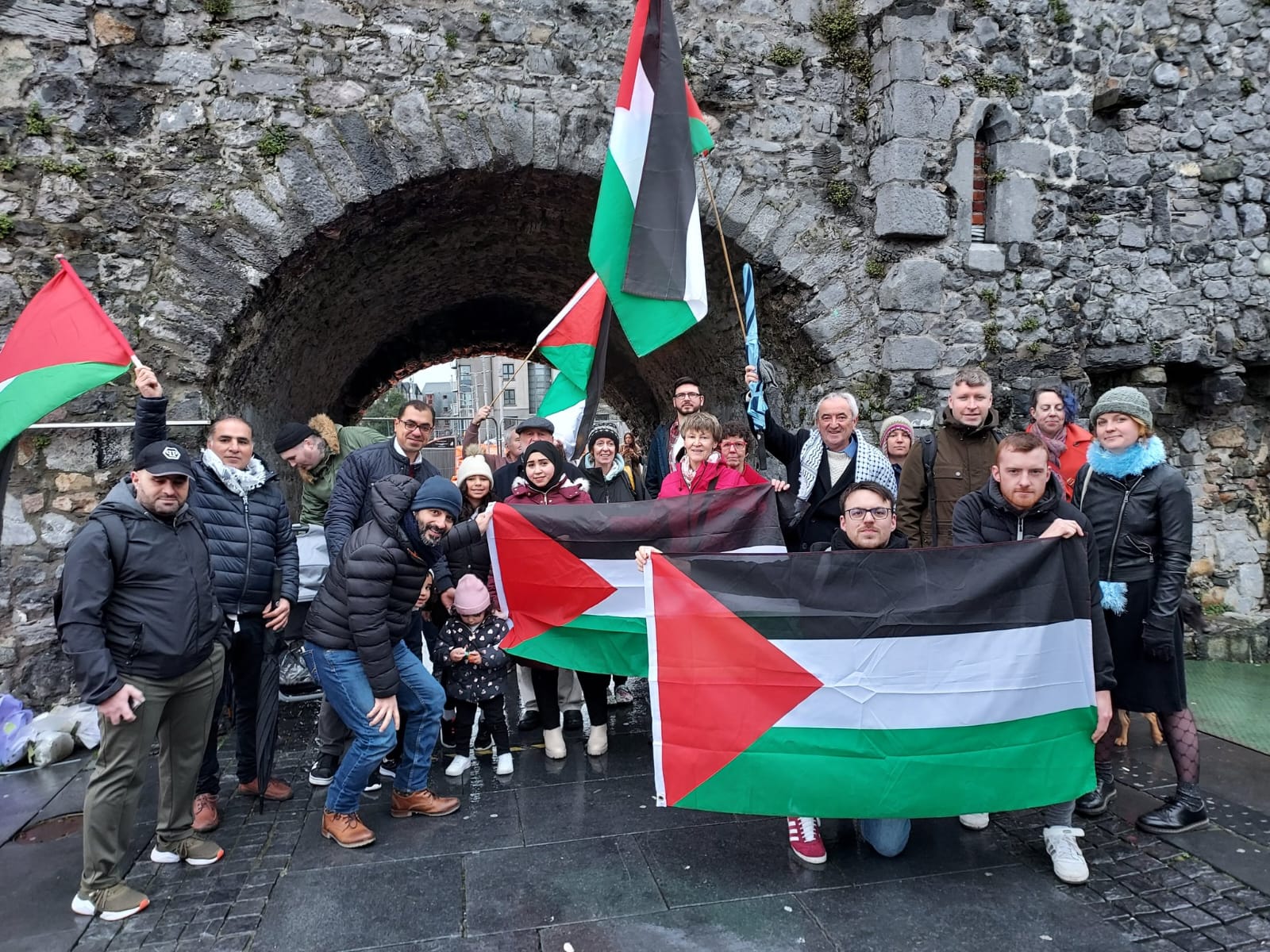 Vigils were held across Ireland on New Year’s Eve commemorating the 2008-2009 Israeli attack on Gaza and to highlight Israel’s ongoing illegal occupation and confiscation of Palestinian land in the West Bank.

The Ireland-Palestine Solidarity Campaign (IPSC) said it held its annual New Year’s Eve vigil on the Peace Bridge, Derry, to let Palestinians everywhere know that they are not alone and to let Israel know that opposition to its apartheid regime will only continue to grow stronger.

Among the speakers at the Derry vigil was Catherine Hutton, chairperson of Derry IPSC, the Mayor of Derry City and Strabane District Council (DCSDC), Sandra Duffy (Sinn Féin), Niall McCarroll of Derry Trades Council (DTC) and Shaun Harkin from People Before Profit (PBP).

Other vigils of solidarity were in other towns and cities throughout Ireland, including Armagh, Dublin, Limerick, Waterford, Galway, Sligo, Ennis, Athlone, and Trim. 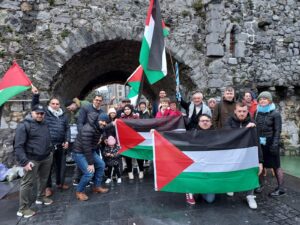