People with disabilities… Alive Amid Various Forms of Death 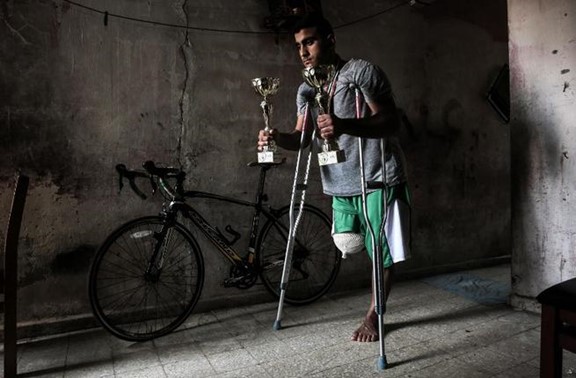 Perhaps the story of pain does not end with the condition of the wounded being stabilized from a medical point of view, the term “stability” may often refer to the end of a life-threatening situation, but it does not mean a life free of discomfort. Have you heard about those dead while they are alive?

I had got many experiences with many wounded people in the aftermath of the Great March of Return, while I was working within the medical team in the Limb Reconstruction Unit at Nasser Medical Complex in Gaza, as the department was established by the Ministry of Health and with the support of the World Health Organization to deal with complex limb injuries that resulted About the Israeli army targeting civilians during the return marches due to the reality of their complex injuries, which may require the patient to undergo several bone reconstruction operations and try to save their limbs, which may sometimes amount to dozens of surgical and cosmetic operations, which may last for months or even years.

This long period of the wounded’s staying in the department and my dealings with them found many meanings of death that changed my concept of death and allowed us through the care provided by the department, its medical, psychological, and social aspects, to delve deeper into aspects of the life of the wounded.

And considering the injuries resulting from the Israeli forces as one of the biggest causes of disability in general and mobility disability in particular in Palestine, you have to imagine that more than 158 cases of amputation have just resulted from the return marches.

According to the Palestinian Central Bureau of Statistics, there are 255,224 people with disabilities across the occupied Palestinian territory, including almost 7% of the population of Gaza.

Going back to talking about their forms of suffering: First: regarding health aspect, they may need to undergo dozens of operations and stay for long months while receiving antibiotics and strong medications that affect their body organs and may cause physical addiction to them, in addition to the constant pain that often does not respond to regular painkillers, which may affect patient’s kidney and liver functions, and may enter them into difficult health conditions.

Second: regarding the physical aspect, the amputation of any part of the body causes a physical disability that affects the ability of the injured person to practice his life independently and makes him dependent on others.

The Psychological aspect: There are many psychological traumas, distress, and depression that the wounded go through in the aftermath of their injury, which may last for long periods, may hamper their livelihood, and even go beyond that affect the lifestyles of their families.

Fourth: Aspect of living and work.

People with disabilities in Gaza are disproportionately affected by the dire socio-economic and humanitarian crisis, caused largely by the 15-year blockade and illegal closure, and offensives. This is particularly clear when it comes to employment, with more than 90% of people with disabilities being unemployed.

I saw many of those athletes, such as (Alaa Al-Dali), whose sporting life ended, and the decision to retire came with a bullet from the Israeli occupation during the return marches after his leg was amputated.

The stigma and the view of weakness that they may be exposed to also hurt the life of the wounded, and I have experienced great suffering for an injured person who found it difficult to marry, as many may not accept marriage to this person who has lost his foot or hand, and his entire physical appearance has been affected.

There are many other forms of suffering that make the injured and people with disabilities struggle for life through their endless suffering.