PCPS: 40 Palestinians spent over a quarter century in Israeli jails 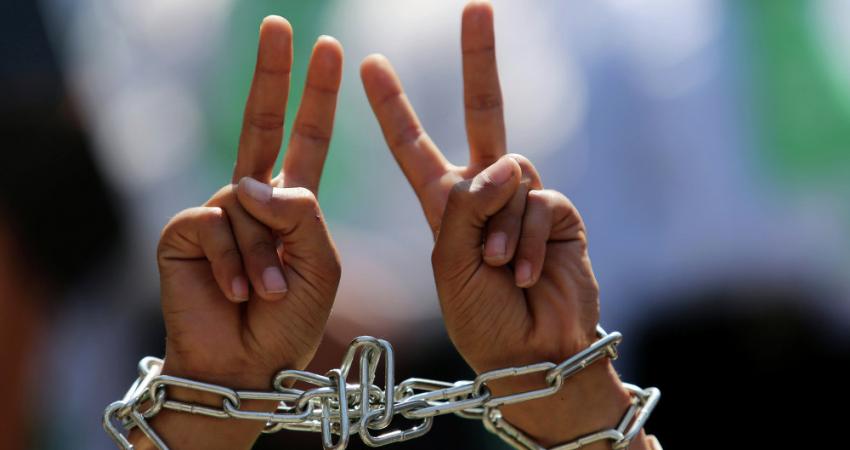 40 Palestinian prisoners, who are serving either life sentences or decades-long prison terms, have spent over a quarter century in Israeli jails.

In a statement on Sunday, the Palestine Center for Prisoner Studies (PCPS) said the number of prisoners who spent more than a quarter century in Israeli jails rose to 40 after prisoner Jamal al-Hur, a 48-year-old from Surif town in al-Khalil, entered his 26th year in detention.

According to PCPS, 25 of those prisoners have been in detention before the signing of the 1993 Oslo accords, while 11 of them are from 1948-occupied Palestine (Israel).

PCPS described the detention of those prisoners for decades as “a stain on the conscience of the international community” and “a precedent that has never happened in modern history,” especially since they suffer from difficult health conditions.

It pointed out that two of the old-serving Palestinian prisoners had already died in the past years as a result of their health suffering during their long years of detention and their exposure to medical neglect, adding that the Israeli occupation authority still refuses to hand over their bodies to their families.