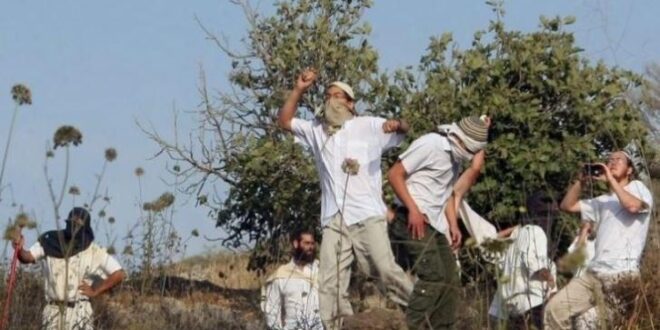 Ghassan Daghlas, a Palestinian official who monitors the settlement activities in the northern occupied West Bank, warned against the ‘very serious’ intense attacks by Israeli settlers against Palestinians, on Sunday, October 30.

Daghlas told a Palestinian local media agency that the violations taking place on the West Bank roads are further evidence of the extremism among colonial Israeli settlers.

In addition, Daghlas addressed the settlers’ attacks last night on the roads south of Nablus, where they smashed the glass of the Palestinian citizens’ vehicles and blocked crossroads.

He stressed that there is a need for more unity and cohesion among the Palestinians under the recent escalating attacks by Israeli leaders in Nablus.

According to Palestinian figures published earlier in October, Israeli occupation forces and settlers have committed 2587 violations against Palestinians in the West Bank and Jerusalem so far in 2022.