Palestinian Mother Tells How IOF Raided Her House, Kidnapped Her Son in Nablus 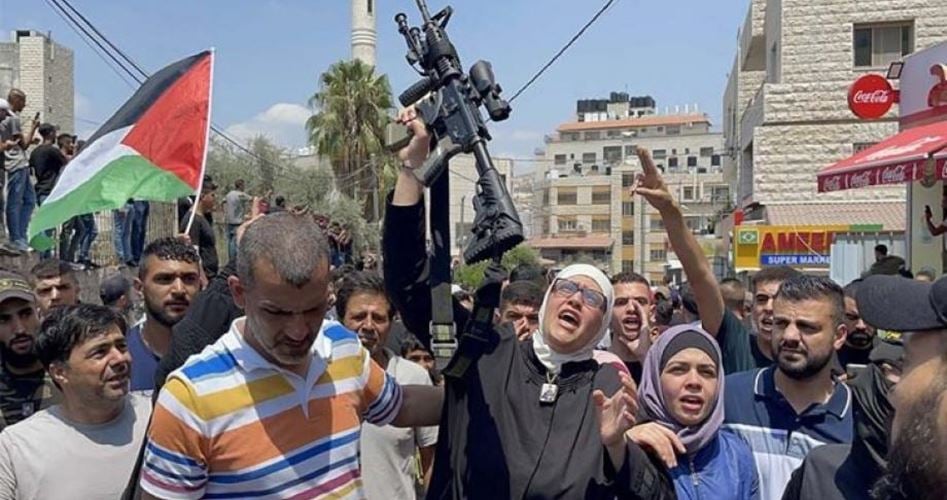 The mother of the Palestinian martyr Ibrahim Al-Nabulsi revealed on Wednesday, October 26, 2022, the details of the Israeli occupation forces’ storming of her house in Nablus and the detention of her son Iyad.

Nabulsi’s mother said, “The occupation forces stormed the house at dawn today, tied the family members, and detained them in one apartment.”

She pointed out that the occupation soldiers tampered with the contents of the house, and tore the pictures of her son, the martyr Ibrahim, stressing that he is still angering the occupation even after his martyrdom.

She added that the occupation soldiers detained her son, Iyad, before they withdrew from the house, stressing that the crimes and attacks of the occupation would not make her sad or demoralized.

It is noteworthy that the mother of the martyr Ibrahim Al-Nabulsi bided farewell to her son at the time of his martyrdom with words of patience, steadfastness, praise, and thanks, and called the Palestinian people to stand firm and respond to the attacks of the Israeli occupation and its crimes against them.

The Israeli occupation forces assassinated Ibrahim al-Nabulsi on August 9 of this year, after a military incursion into Nablus.