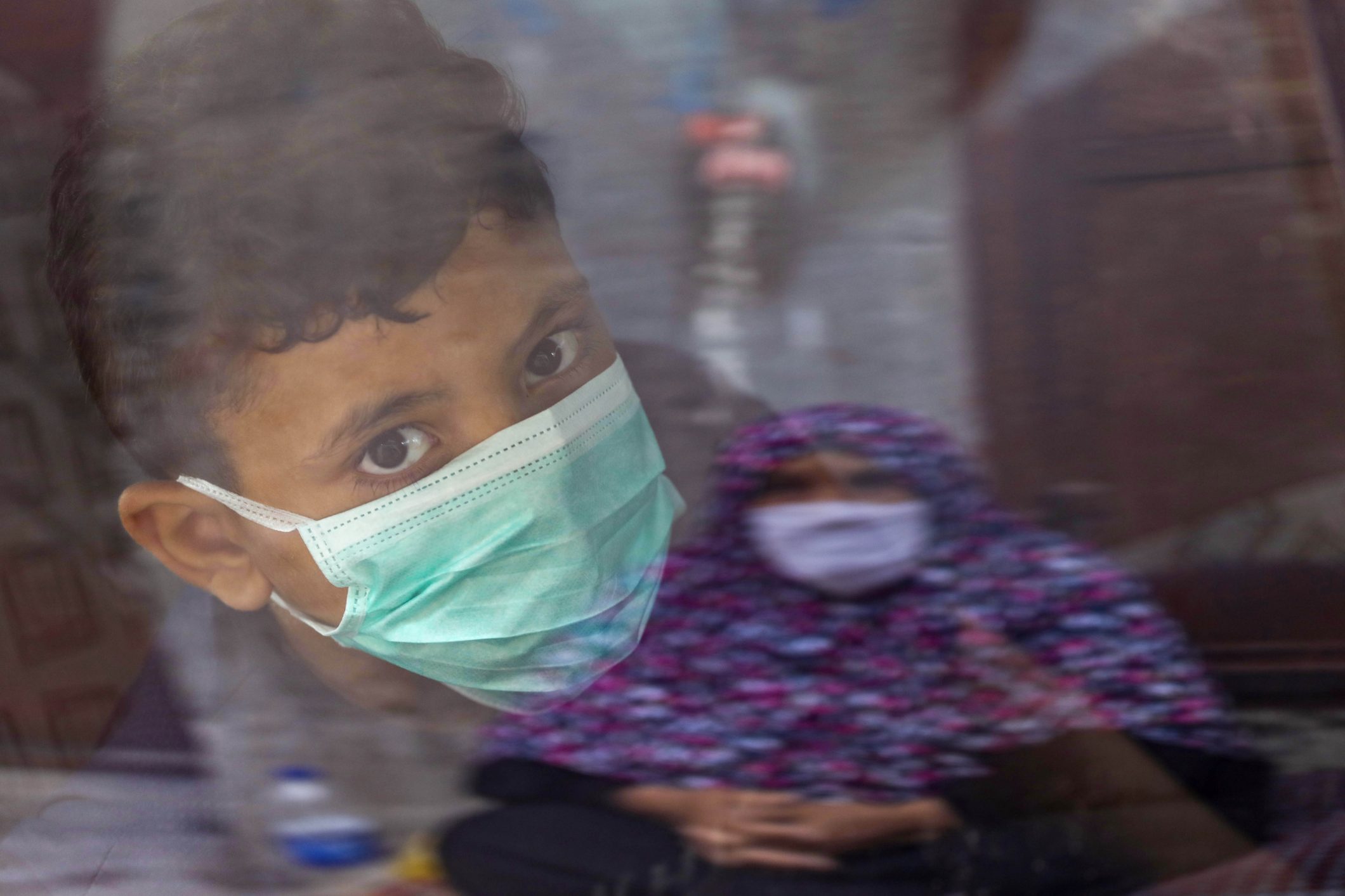 Many Palestinians have lost their lives since 2006, as Israel refuses to issue medical permits for those living in the Gaza strip. Over the past 16 years, Israel has imposed a blockade on the strip after Palestinian resistance group Hamas won the legislative elections.

While children affected with cancer do get medical permits to be treated in Jerusalem hospitals, their parents are not allowed to accompany them. They are either left alone in hospitals or one of the old grandparents is only allowed to attend to them.

Speaking to Anadolu Agency coinciding International Childhood Cancer Day, which is being observed on Tuesday, Nimah Alyan, 22, from Jerusalem, said that to overcome such issues, she has created an initiative to help cancer-affected children and their families.

“We were nine friends at the beginnings, today we are more than 20 volunteers from Jerusalem and its neighborhoods. This experience has made my heart a tender,” she said.

The idea to set up the group came when Alyan met the seven-month-old child Mayar, who had come from Gaza to Jerusalem after being diagnosed with a tumor in the retina. Although her mother was allowed to accompany her to Israeli Hadassah Ain Karam Hospital, she was unable to communicate with anyone in the hospital

“For more than ten days her mother did not know any clear details about her daughter’s health status, because she did not speak Hebrew or English. Because of this, the mother had days and nights of fear, she thought doctors would have surgery to remove her daughter’s eye,” she said.

Meanwhile, the mother herself got sick, as she was pregnant and was not able to take care of her ailing child.

Reeling under pressure, the mother sent a message to one of the social media activists in Jerusalem who forward the message to Alyan. A few hours later, Alyan was at the hospital with that activist.

“We talked to the medical staff there and they clarified for us the details of the situation in Hebrew. Language is one of the major challenges for the Palestinians who come from Gaza,” Alyan told Anadolu Agency.

They take children from the Beit Hanoun military barrier on the north of Gaza to Jerusalem in their cars, escorting them to the hospital and providing support during their chemotherapy and surgical treatment.

“Those who speak Hebrew stay with children to understand and follow up the medical situation for them and give these details for their families in Gaza,” she added.

Alyan highlighted that they are trying to help socially too by keeping the contact between the volunteers and the families of the children and performing supportive activities at the hospital to make these children feel safe and well.

“These children are a part of us, and their stories touch me deeply. For all my life, I can’t forget Mayar’s mother’s facial expressions when we told her that her baby wouldn’t lose her eye,” said Alyan.

In collaboration with Augusta Victoria Hospital’s cancer department, the initiative carries out voluntary entertainment activities frequently and assistance in the provision of accommodation supplies for children.

“When I see the sense of safety and reassurance in these children’s eyes, I realize the importance of what we’re doing, and we have to keep doing this,” she said.