Palestine Will Be Free 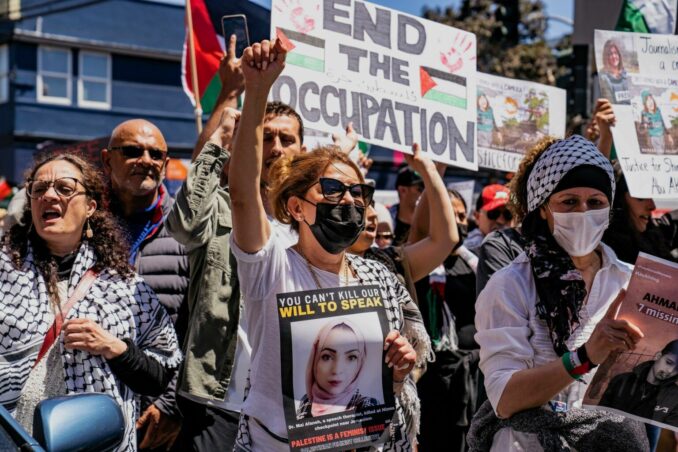 The year 2022 begins the 75th anniversary of what Palestinians and supporters call the Nakba, “the disaster,” which followed the illegal founding of the state of Israel in 1948, with the full cooperation and support of international imperialism.

The founding of the Israeli state was accompanied by massacres and the forced removal through terror and intimidation of three-quarters of the population of Palestine at that time. Some 750 towns and villages were literally wiped from the face of the Earth, their remains bulldozed away. In violation of international law, not to mention the human rights of the Palestinians, the Israeli military occupied Arab homes and land, vowing never to allow the people they had cruelly uprooted and driven out to return to their homeland.

In 1967, in another war of aggression, Israelis seized the West Bank, Gaza and the Golan Heights, where they remain to control, blockade and bomb.

All over the world, people for decades have mobilized in solidarity with Palestine. Launched in 2005, the Boycott, Divest, Sanctions movement, led by Palestinians, began to have a major impact in effectively challenging international support for Israeli apartheid and settler colonialism.

In May 2013 the academic world was stunned when the late, noted theoretical physicist Stephen Hawking announced he was joining the academic boycott of Israel and would not attend an international conference there. Hawking, who took part in many intellectual gatherings despite being paralyzed by a debilitating form of the neurodegenerative disease ALS (Lou Gehrig’s disease), added: “Had I attended, I would have stated my opinion that the policy of the present Israeli government is likely to lead to disaster.” (Time.com, May 13, 2013)

That disaster has long since come. Now with the November re-election of former Prime Minister Benjamin Netanyahu, in collaboration with other far-right forces, the persecution and outright murder of Palestinians in their ancestral homeland has intensified.

Human rights groups have condemned current Israeli attacks on Palestinians in Gaza as war crimes resulting in deaths of civilians. In early August 2022 the Israeli government launched indiscriminate airstrikes there, killing and injuring nearly 400 Palestinians, including dozens of children. Israel’s ongoing air, sea and land blockade of Gaza, in place for over 15 years, is collective punishment on 2 million Palestinians. (globalr2p.org)

Zionists are attempting to muzzle all criticism of these genocidal actions, even trying to remove a Netflix movie from distribution.“Farha,” set during the Nakba, graphically shows an Israeli soldier murdering a Palestinian family in cold blood.

But the truth will win out, and resistance will continue. We mourn the Nakba — and we resolve to struggle with determination side-by-side with the Palestinian people for liberation and their right to return to their homeland — free of discrimination, violence, intimidation — free to live there “from the mountains to the sea.”