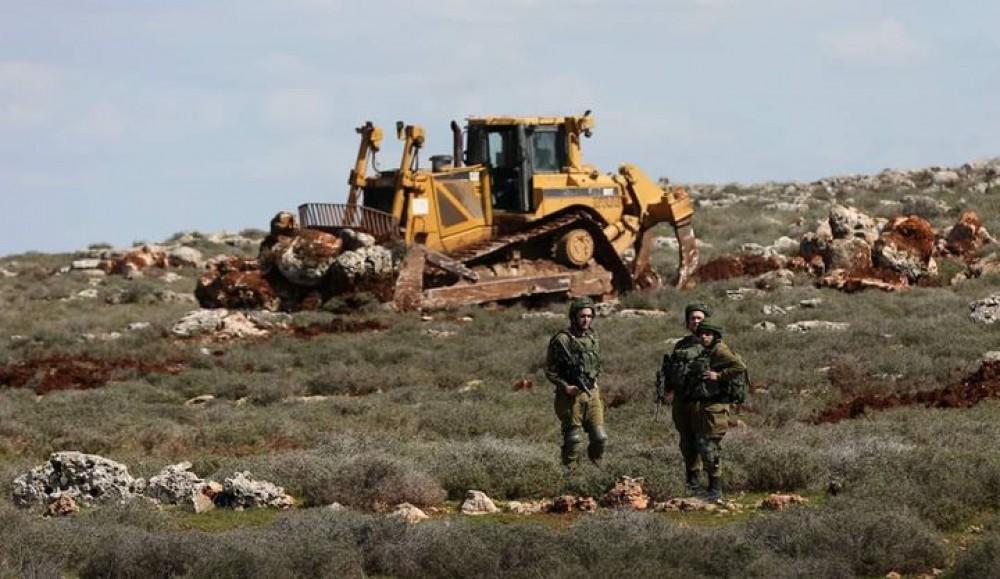 The Israeli occupation bulldozers continued Monday, November 14, 2022 bulldozing and uprooting olive trees in the occupied town of Qarawat Bani Hassan, to the west of Salfit.

The mayor of Qarawat Bani Hassan Ibrahim Assi stated that the occupation forces are extensively deployed in the eastern area of ​​the town, known as the Al-Awarid and Bir Abu Ammar area.

This was meant to provide protection for the occupation bulldozers working to level and destroy hundreds of acres of citizens’ lands and uproot hundreds of olive trees.

He added that the Israeli occupation closed the area and prevented Palestinian citizens from accessing it after invading it this morning.