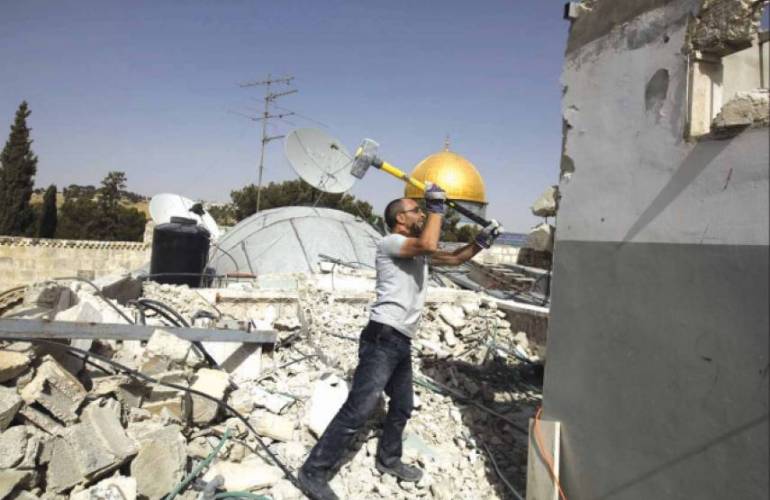 Israeli occupation forces (IOF) forced Sunday, 23 October 2022 a Jerusalemite to demolish his house in the town of Jabal Mukaber, southeast of occupied Jerusalem.

“Israeli occupation forces forced me to demolish my 100-square-meter house, in which 7 members live under the pretext of building without a permit”, said the house owner, Muhammad Jaabis.

Muhammad added that he self demolish his home in order to avoid paying the high costs imposed by Israeli occupation if the Israeli bulldozers demolished it.

Since the beginning of October, the Israeli occupation has demolished seven Palestinian-owned homes and notified the demolition of eight others in Hebron city, southern occupied West Bank.