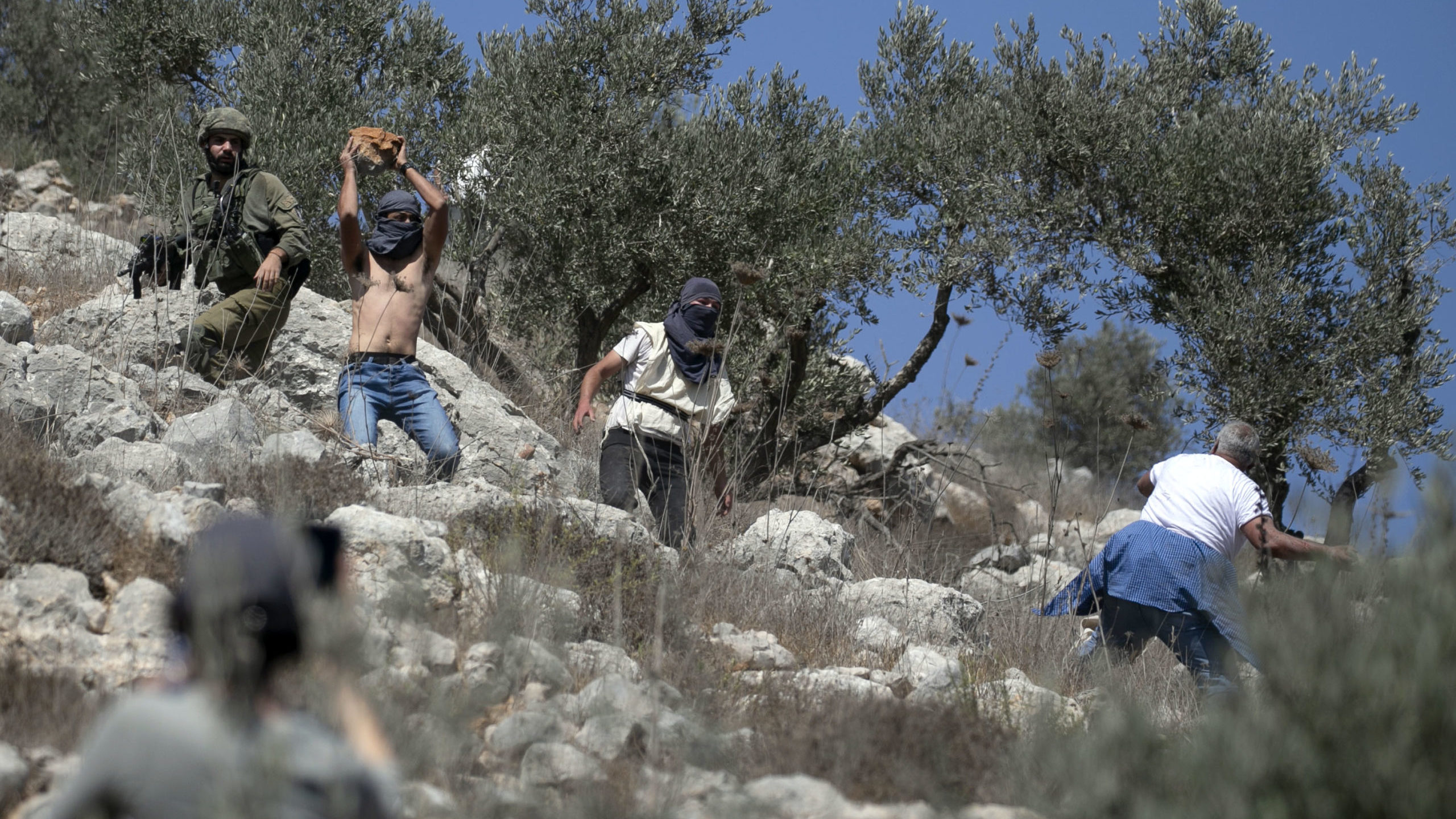 Activist Haj Mohammed pointed out that the Israeli occupation authorities allowed for the first time Palestinian farmers to enter their lands as they were banned entry to their lands for a long time.

Palestinian farmers were supposed to pick their olives, which constitute a source of income for many, but they were shocked by the settlers’ vandalism.

Since the start of the olive harvest season earlier in October, Israeli settlers have been escalating their attacks against the Palestinian lands in the occupied West Bank, stealing, uprooting, and burning olive trees.

According to Palestinian figures published earlier Saturday, Israeli settlers, protected by Israeli occupation forces, have carried out about 268 violations against Palestinian olive pickers and their lands.