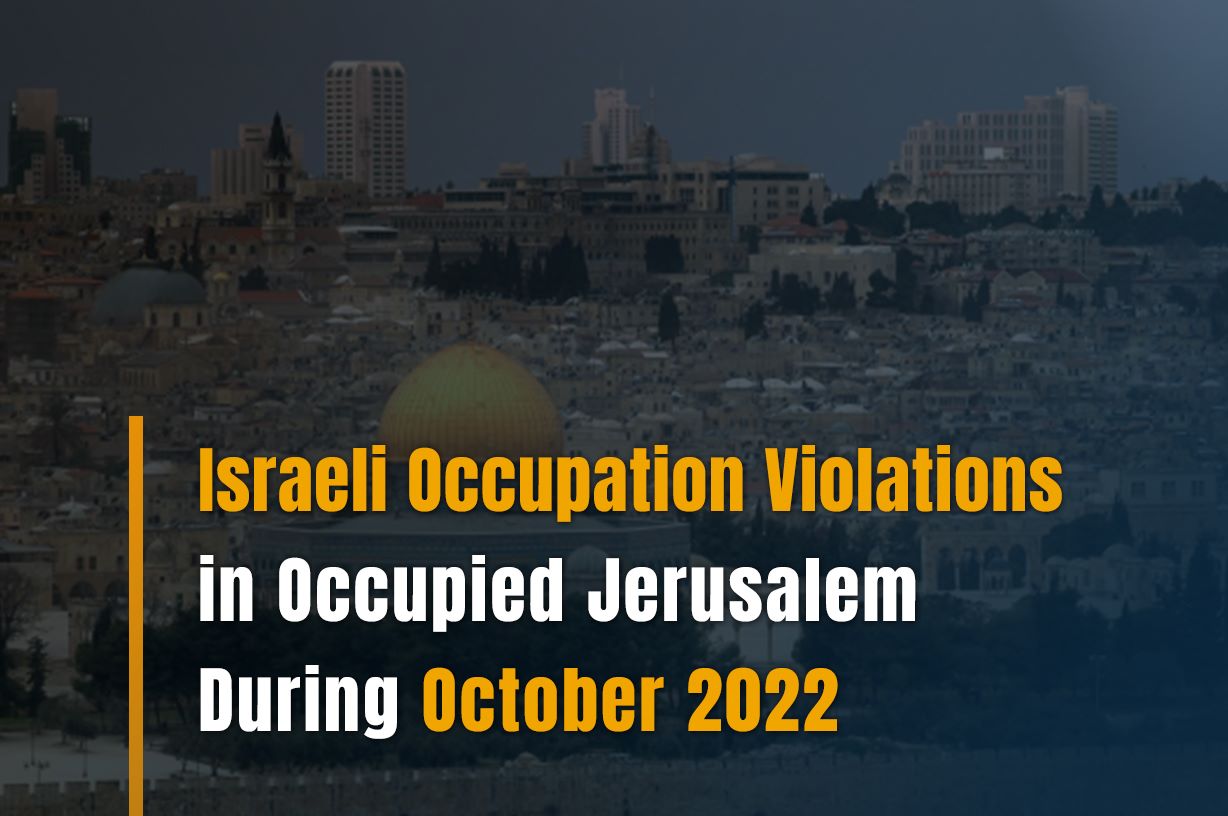 The number of Israeli occupation crimes against the Palestinians in the occuiped city of Jerusalem has sharply increased during the month of October 2022.

During the reporting period, at least 8174 colonial Israeli settelers invaded the courtyards of Al- Aqsa mosque and performed provocative Talmudic rituals in some of its yards. All colonial settlers and the settlements in which they live are illegal under international law.

At the same time, the Israeli occupation issued 49 banishment orders against Jerusalemite activists as well as employees of the Jerusalem Waqf (Endowment) Department including 7 women and 7 minors.

The report also found that 403 crimes were carried out in October 2022 by the Israeli occupation forces, including the deliberate slaying of the three Palestinian youths Uday Al-Tamimi, Barakat Odeh, and Fayez Damdom in occuiped Jerusalem and the wounding of dozens of others most notably the injured on Jerusalemites Muhammad Zahran along with Murad Masri who suffers from a fractured skull.

The Israeli occupation forces leveled 8 Palestinian-owned structures in occuiped Jerusalem leaving its People homeless and issued demolition orders against dozens of others.