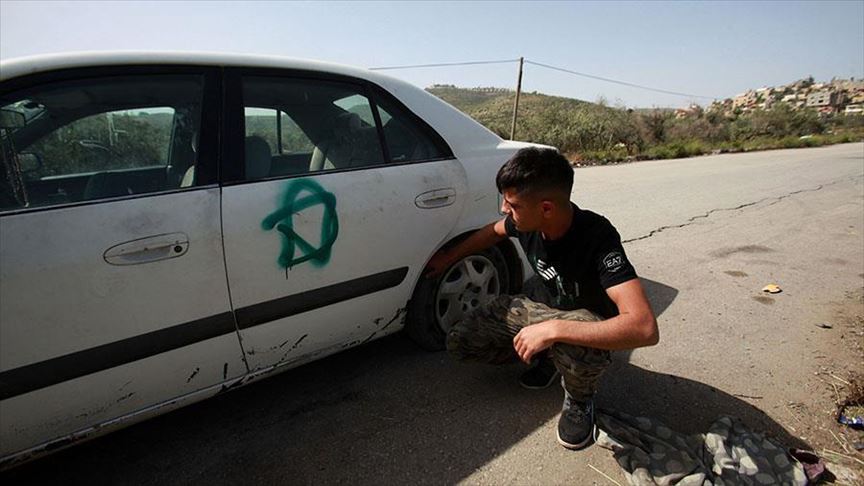 Local Sources reported that Colonial Israeli settlers invaded the village and damaged the tires of 23 vehicles belonging to the Palestinian residents of the al-Burj neighborhood which illegal Israeli settlement of ‘Ramot’ expanded at the expense of his lands.

Israeli settlers wrote racist slogans calling for the forced expulsion of Palestinian residents of the Al-Burj neighborhood in the north of occupied Jerusalem, Sources added.

Al-Burj neighborhood is subjected to daily colonial settlers attacks including writing racist slogans in the neighborhood, which has become besieged from all sides and completely isolated from the Beit Iksa village.