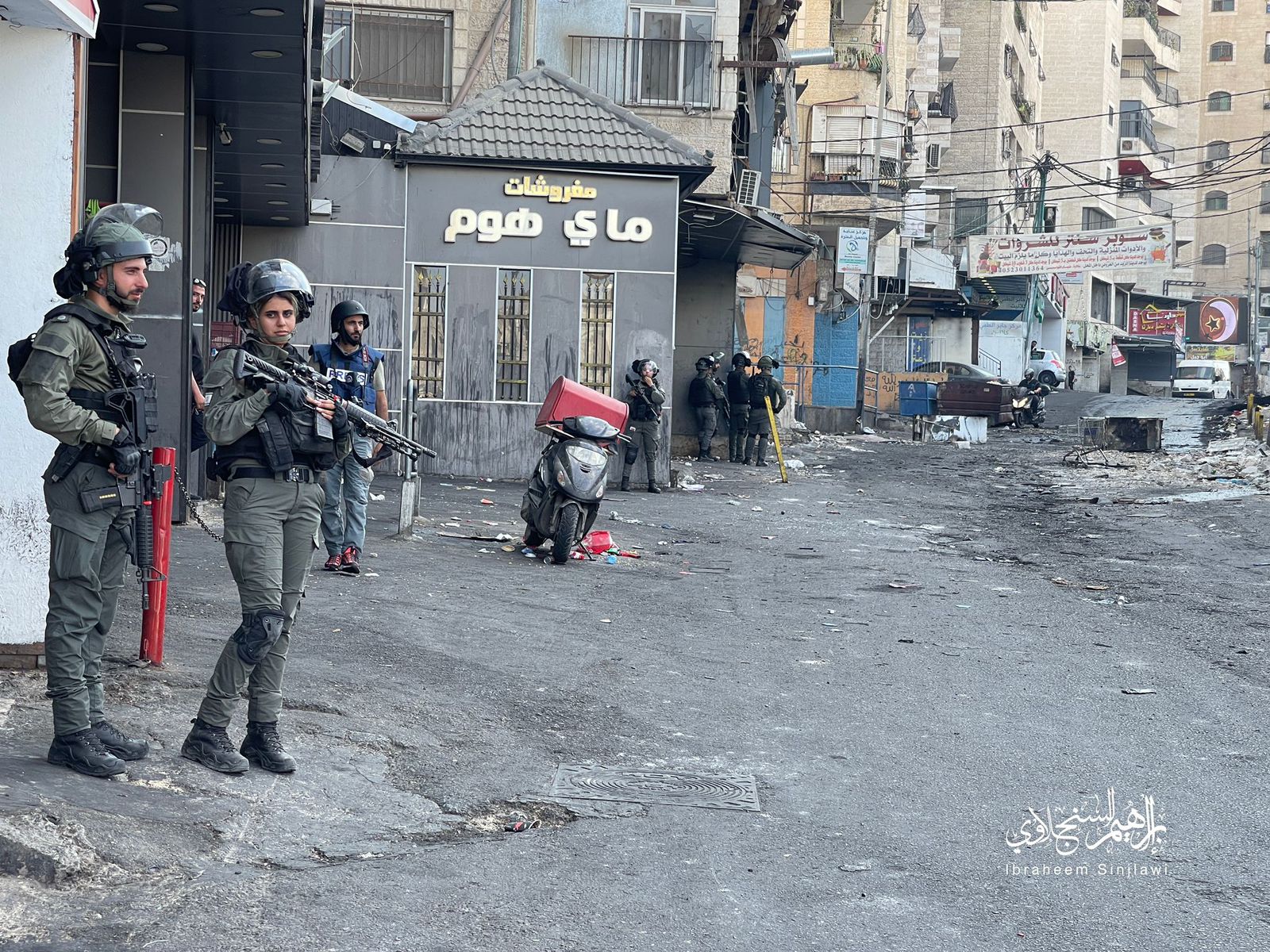 For the fourth day in a row, Israeli occupation forces kept 150,000 Palestinians in the Shuafat refugee camp and the nearby town of Anata, northeast of occupied Jerusalem, under forced lockdown after closing all military checkpoints around them.

Israeli occupation forces closed the Shuafat camp checkpoint in occupied Jerusalem with concrete blocks, leaving hundreds stranded inside and outside the besieging camp and town.

Israel troops flooded the street of the Shuafat neighborhood with wastewater and fired sound and gas bombs at the young Palestinian men standing up to defend their houses and properties.

20 Palestinian youths have been arrested since the blockade during the Israeli occupation troops’ constant raids into the camp.