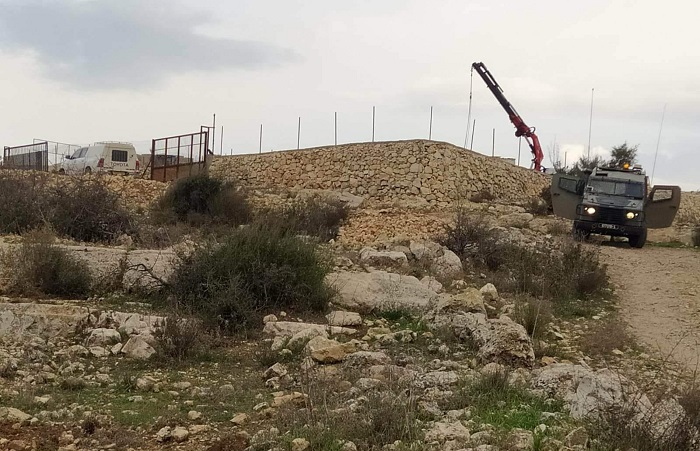 The Palestinian resident Abd Abu Awwad from Atara town said that the Israeli occupation forces invaded Atara town accompanied by a military bulldozer and razed lands that had recently been reclaimed.