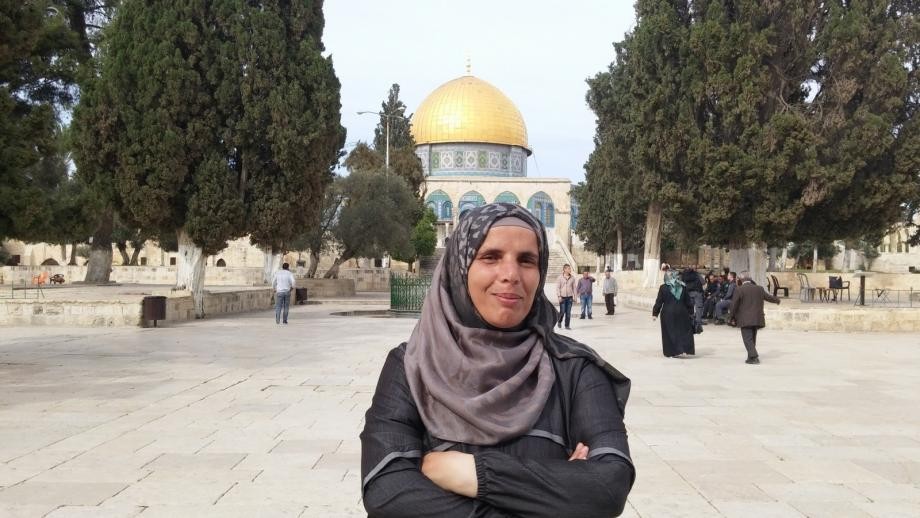 On the sixteenth of last October, Israeli occupation forces arrested Raeda while she was near the Bab al-Silsa in the Old City of occupied Jerusalem and banish her from Al-Aqsa Mosque.

Raeda has already been arrested many times by the Israeli occupation forces while she was leaving the gates of Al-Aqsa or from inside its yards and she was subjected to harassment especially during her coverage of events in Al-Aqsa Mosque despite that there is no law prohibiting the filming.

About seven years ago, Saeed, who lives in the occupied Jerusalem camp of Shuafat began documenting with her camera the beauty of Al-Aqsa and the suffering of Jerusalemites.

Israeli occupation practices a policy of deportation and arrests against Palestinian activists including women in a desperate attempt to empty the Al-Aqsa Mosque of its owners who bravely stand up against Israeli settlers’ repeated attempts to storm it.