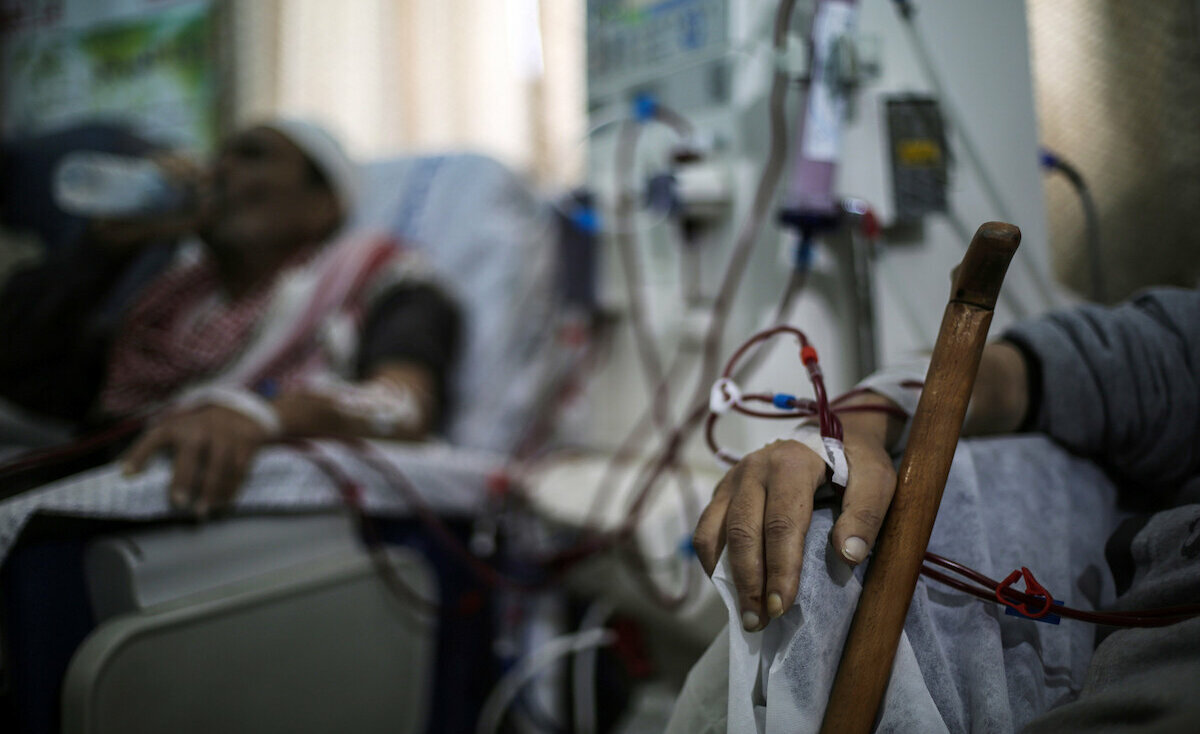 The Ministry of Health called on all concerned parties to pressure the Israeli occupation to let diagnostic medical devices, which have been held for months, into the Gaza Strip.

The Ministry said during a press conference held at the Government Information Office headquarters this morning, on Wednesday, that the Israeli occupation continues to perpetuate its inhuman and immoral practices against patients in the Gaza Strip, by depriving them of their treatment rights by various means that increase the suffering of patients.

It added that getting in diagnostic medical devices and spare parts and getting out other devices to complete the urgent necessary maintenance for them are also prevented. These devices are used in governmental and non-governmental health sectors, such as the CT scan, fluoroscopy device, mammography device, and two X-ray devices.

The Ministry pointed out that at a time when the world is on alert to confront the new mutated Corona virus, the Israeli occupation is committing crimes by impeding the entry of several diagnostic and medical devices that help enhance the readiness of the health system in the Gaza Strip, which is on the verge of the fourth wave.

The Ministry explained that the Israeli occupation continues to prevent the entry of eight mobile x-ray machines for the second time in a year, and they are devices granted by the Kuwait Fund and delivered by the Palestinian Development Council “PECDAR”. The devices are important because they provide diagnostic services to patients in different departments, including critical departments such as care departments and children’s nurseries.

In its statement, the Ministry added that the Israeli occupation has been reluctant in introducing special devices to the oxygen generating station and kidney pumps and is preventing the repair of many medical devices in the governmental and non-governmental health sectors, which include MRIs, CT scans, regular rays, and mobile devices, as well as preventing the entry of spare parts needed to repair these necessary devices.

The Ministry explained that the occupation deliberately delays the entry of spare parts for medical devices and taking other devices outside the Gaza Strip for maintenance, such as surgical endoscopes, air treads used to stabilize complex fractures, spent ray tubes, and calibration devices for medical imaging.

The Ministry of Health renewed its call to international and humanitarian health institutions to pressure the Israeli occupation to introduce diagnostic medical devices in light of their urgency as part of the efforts to maximize preparedness to confront the Covid-19 pandemic and to renew health facilities.

The Ministry noted that it has provided all international health and humanitarian institutions, led by the World Health Organization and the International Committee of the Red Cross, with all the reports that prove that the occupation is deliberately not allowing these devices and spare parts in.