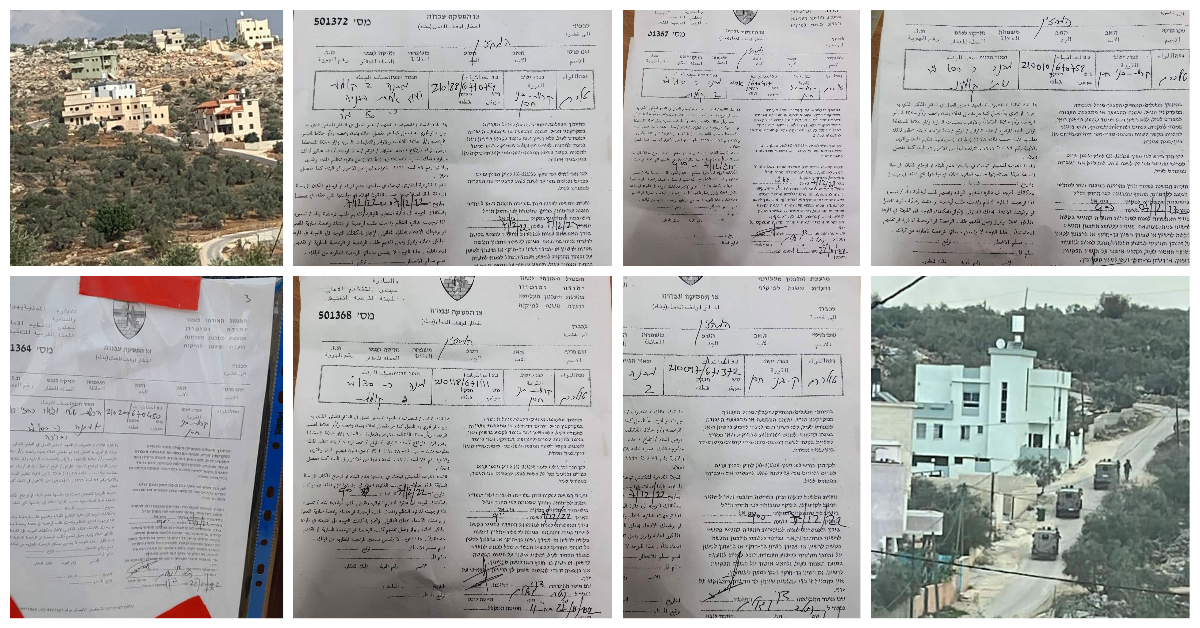 Israeli occupation forces halt construction notices in eight Palestinian-owned houses some of which are inhabited and others under construction in the areas of Al-Ras, Wadi Al-Masalaha, and Khalet Al-Qarn in the area, reported Ibrahim Assi, head of the Qarawat Bani Hassan municipality.