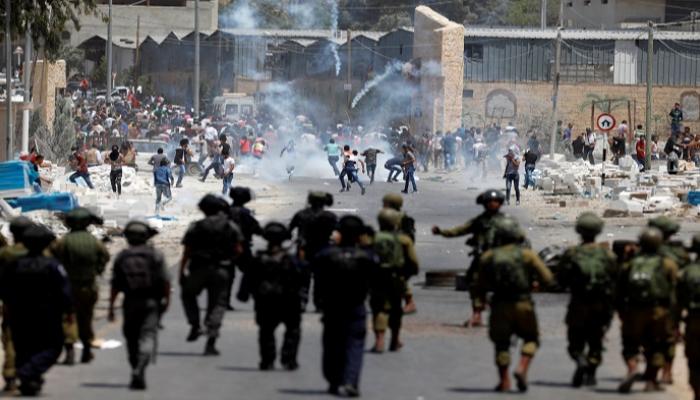 The Israeli occupation forces fired on Thursday, October 13, 2022, at Palestinian citizens, injuring a number of them during an Israeli military incursions the town of Dura, south of Hebron, which led to confrontations between them, this evening.

Local sources reported that the confrontations erupted after the occupation forces raided a number of shops in the “Abu al-Qamra Valley” area in the town of Dura, during which the occupation soldiers fired tear gas canisters at the citizens, causing a number of them to suffocate.