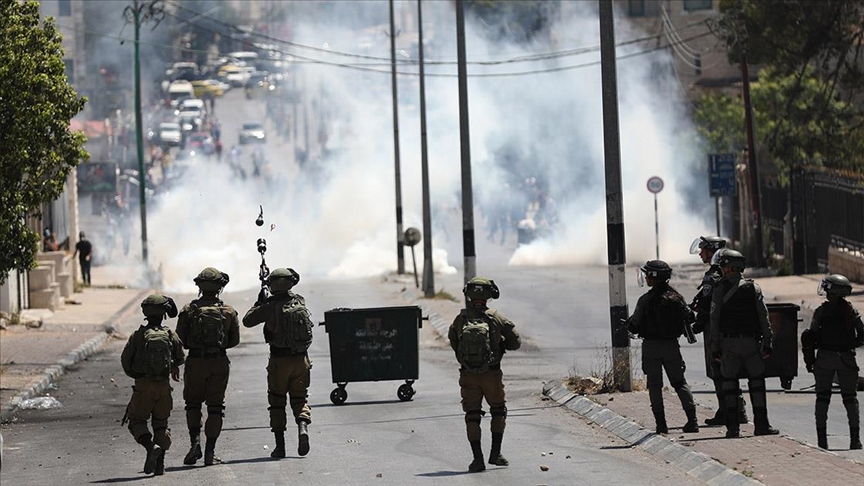 The Israeli occupation forces launched on Tuesday, October 18, 2022, a campaign of raids and incursions into the occupied West Bank and Jerusalem, and detained a number of Palestinians while continuing its siege of the city of Nablus.

The Palestinian Prisoner’s Club reported that the occupation forces launched raids and incursions in various areas in the West Bank and Jerusalem, where dozens of Palestinian homes were stormed and their residents were subjected to field investigations that lasted for hours.

This comes after hundreds of Palestinians responded to the call of the Palestinian resistance “Lions’ Den” group to confront the occupation and not remain silent about its crimes against them, as they began chanting with slogans condemning the crimes of the occupation after midnight.

The confrontations were mainly in the city and camp of Jenin, Silwan and Shuafat and Anata refugee camps in Jerusalem, Beit Ummar and Al-Aroub camp in Hebron, Silwad and Al-Jalazun refugee camp in Ramallah, as well as Tubas and Tulkarm city.

Earlier, 5 Palestinian journalists were injured when the occupation forces attacked the Palestine TV crew, near the entrance to the closed town of Deir Sharaf, west of Nablus, which has been besieged for days.

A vehicular march was launched in the city of Jericho in solidarity with Nablus, and the city of Ramallah witnessed a massive march that included chants of support for the popular Palestinian resistance.

In Jerusalem, the occupation forces stormed the town of Anata and Shuafat refugee camp amid strict measures and intense military reinforcements, and surrounded a residential building in Anata.

The West Bank witnessed a significant increase in all forms of Palestinian resistance during the month of September. The Ma’at Center monitored 833 acts of resistance, which led to the death of one Israeli and the injury of 49 others.