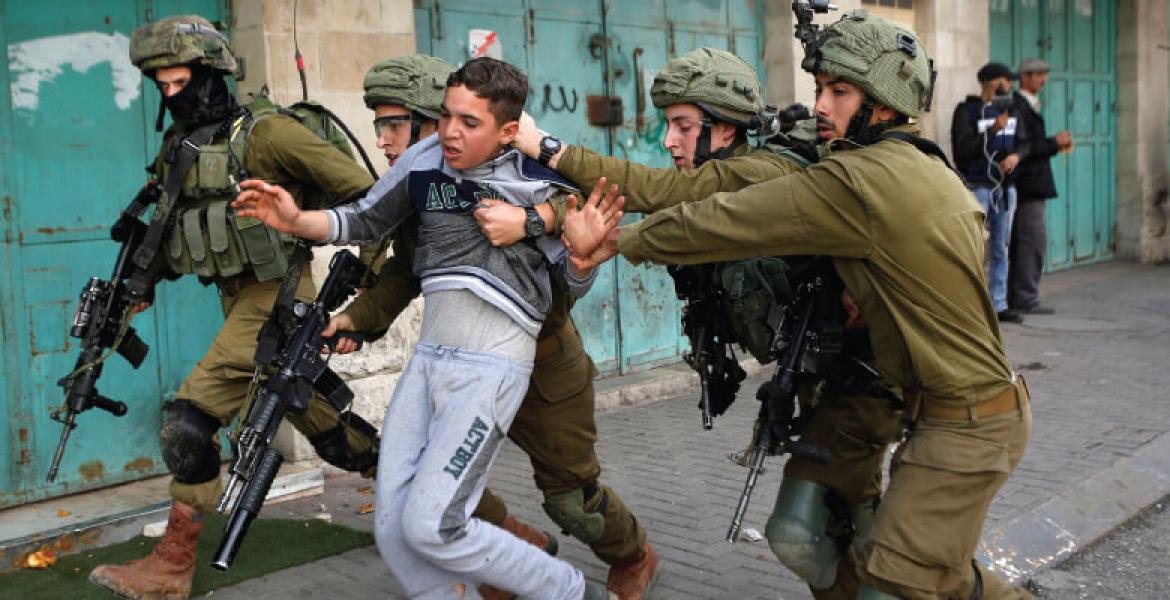 A Palestinian human rights center specializing in occupied Jerusalem affairs revealed that “the first half of this year witnessed daily arrests in the towns and neighborhoods of Jerusalem, and unprecedented mass arrests in Al-Aqsa Mosque courtyards, during the suppression of various activities.”

Wadi Hilweh Information Center stated, “at the beginning of the month of Ramadan, the occupation authorities formed a special investigation unit in the Al-Maskobiya detention center in Jerusalem, and allocated a section for security detainees.”

The center monitored 1,896 arrests in the city, including 12 children under 12 years old, 378 minors, and 93 females, including three girls.

The center pointed out that field arrests recorded the largest percentage of cases during the first half of 2022, especially in Al-Aqsa, where the center monitored 640 arrests, while in the streets of Jerusalem adjacent to the Old City and Al-Aqsa roads, it monitored another 469 cases.

The report pointed also out that the highest number of arrests was on the second Friday of the month of Ramadan which witnessed the arrest of 470 people from inside the alqibli prayer hall in Al-Aqsa Mosque after they were beaten and abused, and most of them were released after hours of abuse, detention, and movement between detention centers, while dozens were transferred to occupation prisons, while the Indictments for a number of them.

the report stressed that a number of young men who were arrested from Al-Aqsa and released hours later were only to be re-arrested a few days later, and were subjected to cruel interrogation

The report added that among those arrested during the first half of this year was the arrest of the governor of Jerusalem, Adnan Ghaith, who was detained after the Israeli forces stormed his house in the Jerusalemite town of Silwan.

After his detention and interrogation, the intelligence handed him a decision to renew his ban on entering the West Bank until the end of July.”

The Center recorded the transfer of 24 Jerusalemites to administrative detention, including two representatives of the Legislative Council, Muhammad Abu Tir and Ahmed Atoun.

the center pointed out that the month of April was the highest number of cases in which administrative detention decisions were issued.