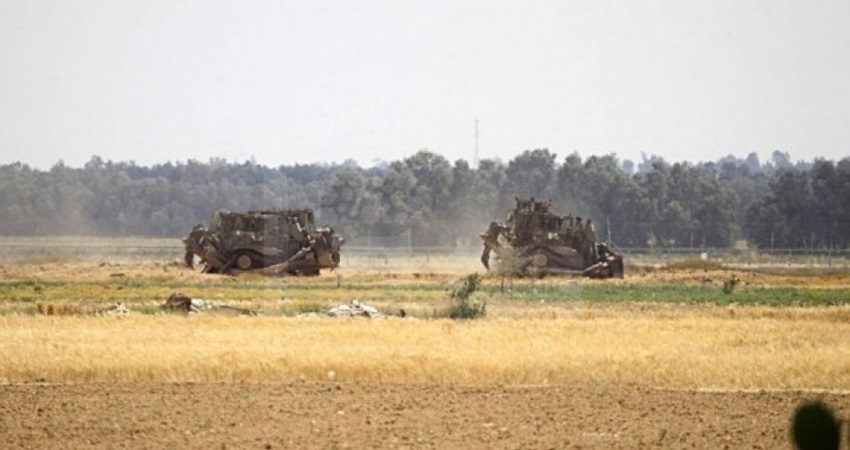 Local sources reported that 10 military vehicles and bulldozers moved into the “Sharab Al-Asal” area east of the town of Al-Fukhari from the military sites stationed in the east of the governorate, and carried out razing and vandalism of citizens’ property.

The occupation forces make limited incursions from time to time in some areas in the eastern and northern Gaza Strip, bulldozing agricultural lands and shooting at Palestinian farmers and preventing them from reaching their lands under security pretexts.