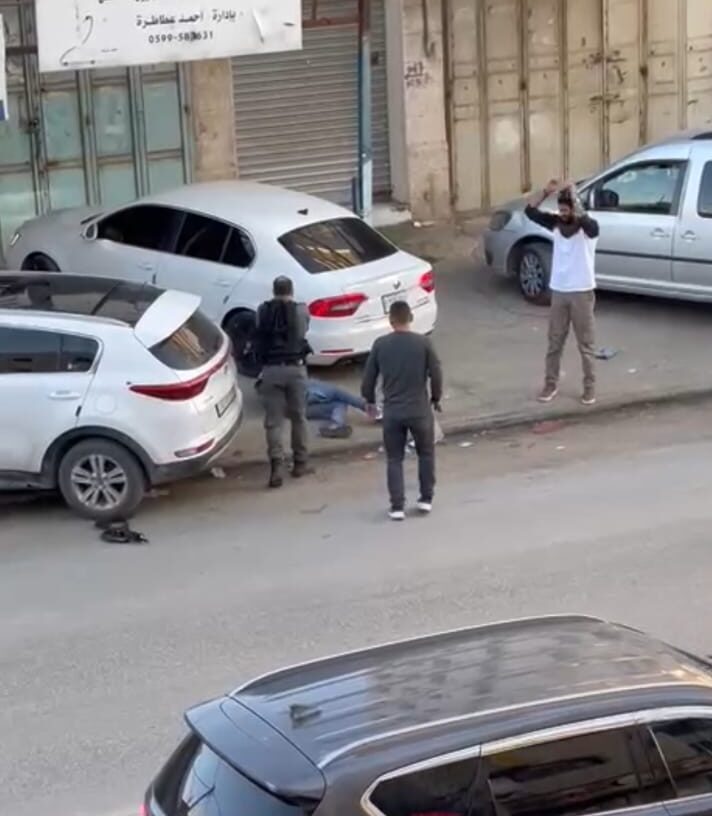 The Video documented the moment when an Israeli occupation soldier brutally assaulted and killed the Palestinain youth Ammar Muflih 23-year-old was widely circulated on social media.

Israeli heinous crime of killing Muflih was faced with a wide range scale of anger among the Palestinain and pro-Palestinian activists.

Miko Peled, Israeli-American activist and author told Days of Palestine that “this horrific crime is a sign of what Palestinians can expect with the rise of Ben-Gvir.”

“Since the election results were announced we had seen a sharp rise in violence towards Palestinians and this will get much worse once the government is in place and Ben-Gvir and Smotrich are in power,” he added.

The Palestinain Writer and Palestine Correspondent for The Nation, Mohammed El-Kurd, expressed his shock over the Israeli brutal killing of the Palestinian youth Ammar saying, “EXECUTION FROM POINT BLANK RANGE. THIS IS THE ISRAEL THAT THE WORLD DOES NOT WANT YOU TO SEE.”

In the same context, International Human Rights Foundation called on the International Community to adopt sanctions adding that “police execution of the young Palestinian Ammar Mufleh must not go unpunished.”

Muhammad Shehada, Gazan Writer and Analyst said “Ammar Mufleh, 22, was fully unarmed & trying to make a run for his life from a soldier’s chokehold before he was executed in cold blood”

Palestinian towns and villages in the northern occupied West Bank have been witnessing a sharp escalation in unjustified violence against the Palestinians, as the Israeli occupation killed 10 Palestinians in separate incidents during the past few days only.

The European Union marked 2022 as “the bloodiest year since 2006”. “Civilian casualties must be investigated &accountability ensured” the EU added.

With the brutal killing of Palestinian youth Ammar Muflih, the toll of Palestinians killed by the ongoing Israeli military attacks has risen to 210 since the beginning of 2022.