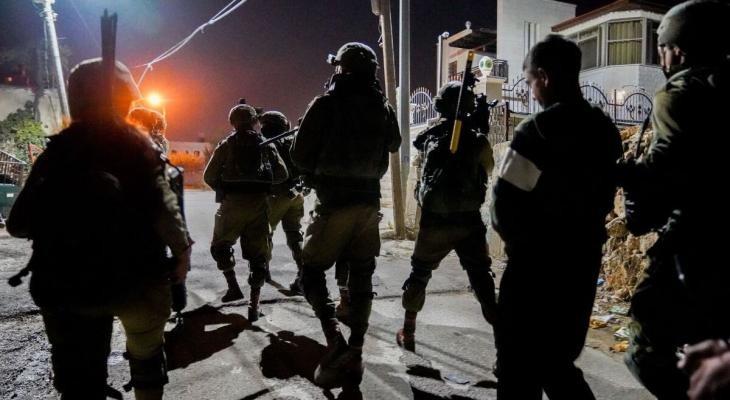 Israeli occupation forces IOF kidnapped nine Palestinian citizens and injured several others after raiding and searching their towns over military raids in the occupied West Bank on Monday, January 16.

Palestinian local sources reported that Israeli occupation forces broke out in the eastern areas of occupied Nablus and kidnapped the ex-prisoner Abelraheem Pushkar.

IOF Kidnapped another Palestinian man after raiding and wreaking havoc on his family’s home in the Asaker refugee camp in occupied Nablus.

The Palestinian ministry of health reported that a 14-year-old Palestinian girl sustained serious injury after Israeli forces shot her in the head in the Al-Duhaisha refugee camp in occupied Bethlehem.

In addition, the Israeli troops kidnapped two Palestinians after conducting searching and their homes and its surrounding in occupied Bethlehem.

In a related incident, the Israeli forces kidnapped two other Palestinians during a military raid in Qabatia town, west of the occupied West Bank city of Jenin.

According to the Palestinian Center for Prisoners Studies PCPS, Israeli forces abducted at least 7000 Palestinians in 2022, including 164 women and 865 minors.

Seen as the deadliest year since 2005. 2022 has seen a steep escalation in Israeli violence and raids in the occupied West Bank, mainly in Jenin and Nablus.