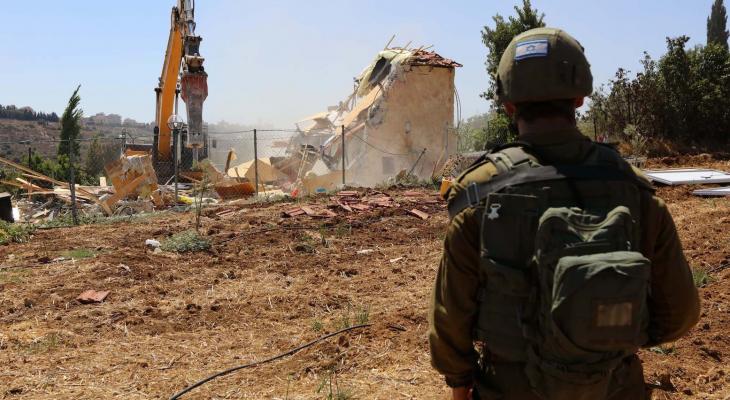 He pointed out that the home belongs to the Palestinian father Ismael Salah. He also added that the Israeli forces demolished Salah’s home several months ago.

Earlier in November 2022, Israeli occupation troops demolished a 100-square-meter home owned by the Salah family. The demolition came under the pretext of building without a permit.

Salah sought to have a shelter of wood and tin above the rubble of his demolished home. However, Israeli occupation forces decided to displace the family once again.

Israeli forces systematically carry out demolitions of Palestinian homes in occupied Jerusalem and the West Bank under flimsy pretexts.

Most of the Palestinian homes are demolished mainly under the pretext of building without a permit.

Israeli forces demolished about 952 Palestinian facilities in the occupied West Bank and Jerusalem in 2022, according to the United Nations Office for the Coordination of Humanitarian Affairs (OCHA).

According to OCHA, the Israeli 2022 demolitions displaced about 1,031 Palestinians. It also affected about 28,000 others in the occupied West Bank and Jerusalem.