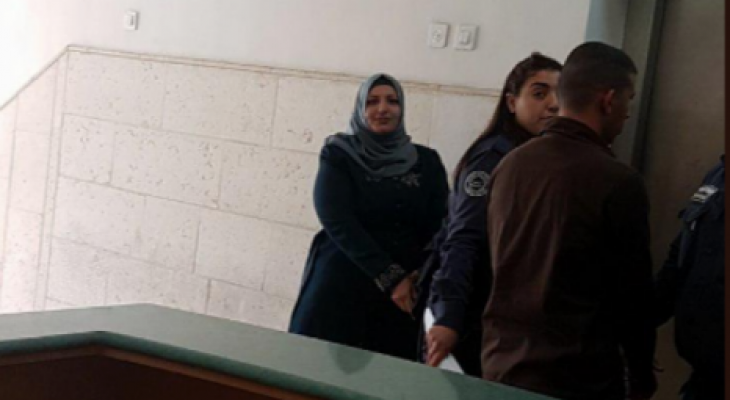 The Palestinian prisoner’s office reported on Friday that the Israeli occupation authorities held prisoner Fadwa Hamada in solitary confinement, alleging that she sprayed one of the Israeli soldiers with water.

Meanwhile, the ministry of prisoners and ex-prisoners reported that Israeli occupation imposed a 7-day solidarity confinement on prisoner Fadwa as she protested against Israel’s procrastination in implementing the demands of the female prisoners.

It added that the punishment was imposed last Wednesday when female prisoners demanded the Israeli occupation authorities end the medical negligence policy and improve their detention conditions.

Fadwa Hamada, 36, is a mother of five children, the youngest of whom was only a few months when she was detained in 2017. Israel accused her of carrying out a stabbing attack against soldiers in the Bab Al-Amoud area and sentenced her to ten years in prison.

Since her arrest, she has been suffering harsh conditions as she was held in solitary confinement for about four months last year.