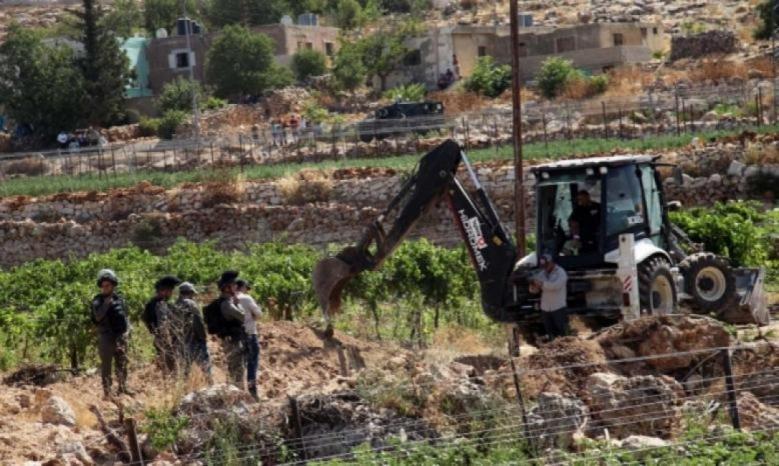 The Israeli Occupation Forces (IOF) razed agricultural lands in Al-Walaja village, to the west of Bethlehem.

The head of the Al-Walaja village council, Khader Al-Araj, stated that a large force of the occupationforces stormed the Ain Jweza area in the village.

They proceeded to raze agricultural lands and demolished stone chains and retaining walls in an area of four dunums, belonging to the Palestinian citizen Nasser Shehadeh.

It is noteworthy that the Israeli occupation targets the Ain Jweza neighborhood by demolishing citizens’ homes, preventing them from urban expansion, and bulldozing their agricultural lands.