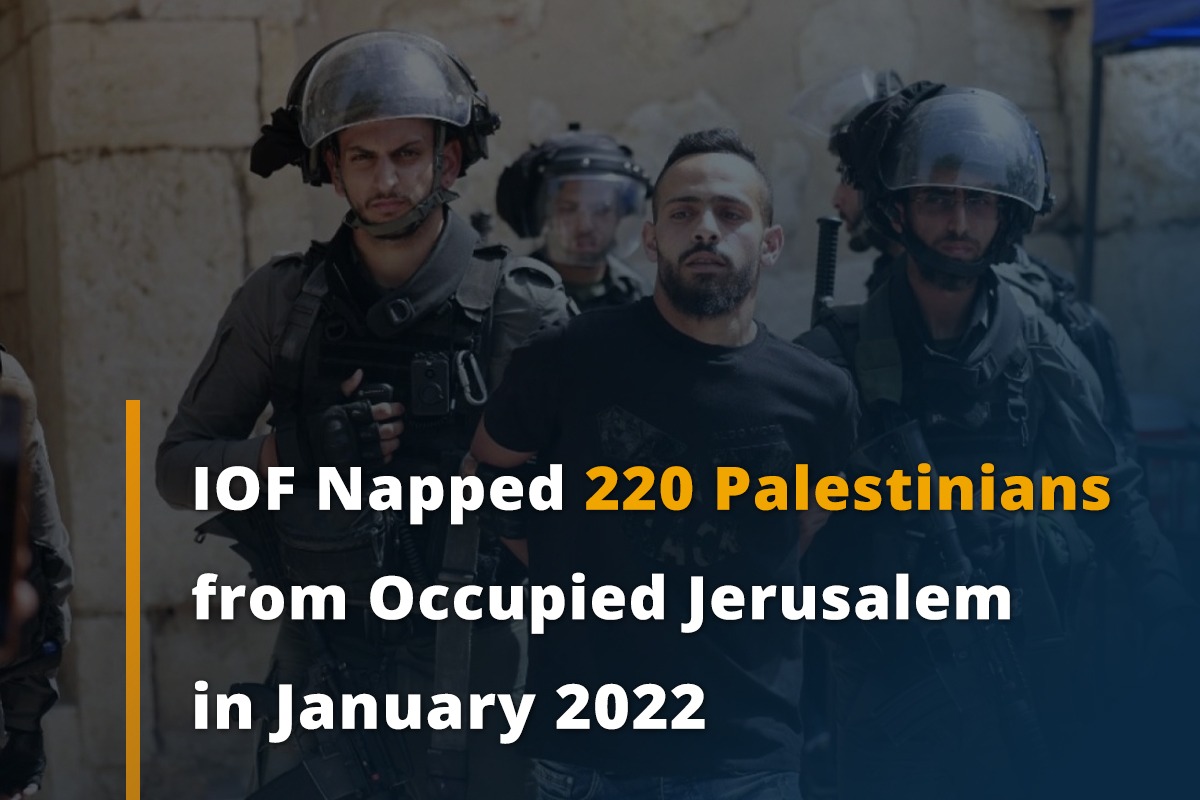 Israeli occupation forces and police arrested nearly 220 Palestinians from the occupied city of Jerusalem and its outskirts, including children and women, during the month of January 2022.

Al-Qastal, a Palestinian network hub for Palestinians in occupied Jerusalem, documented at least 220 Jerusalemites were arrested during the month of January by the Israeli occupation forces and police.

During their arrests and investigations, the Jerusalemites were brutally assaulted, beaten, and some of them were injured by Israeli rubber-coated metal bullets.

The network noted that a large number of the arrests was during the last three days of the month when a rare storm saw around 20 centimeters of snow settle on the city. During these days, over 74 Jerusalemites were arrested by the forces for enjoying the snowfall by playing in the snow and for raising the flag of Palestine.

By the end of January 2022, there are 4500 Palestinian detainees held in Israeli prisons, including 500 administrative detainees, 34 women, 180 children, and 500 Jerusalemites, according to Addameer Prisoner Support and Human Rights Association.