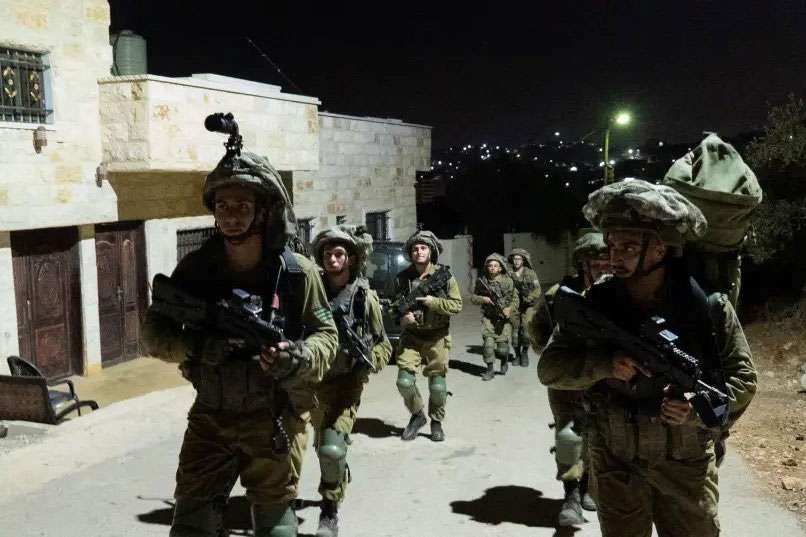 Israeli occupation forces (IOF) kidnapped on Sunday early morning, November 20, three Palestinian youths after breaking into their houses over a military raid in the occupied West Bank city of Hebron.

According to local sources, the Israeli troops abducted the Palestinian Ahmad Bashir and his son Omar after raiding their home and searching its contents in occupied Hebron.

Meanwhile, the Israeli forces invaded the house of Obaida Juhaisha, 27, and detained him after wreaking havoc on his house.

Earlier on Sunday, the occupied Hebron was subjected to large-scale raids by Israeli settlers under the protection of Israeli occupation forces.