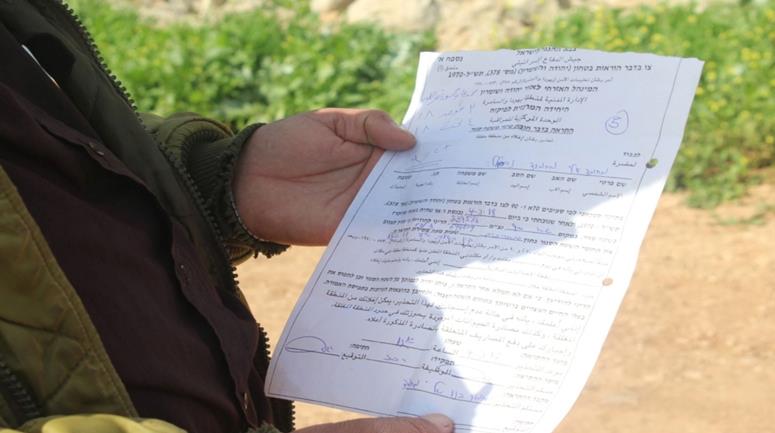 The Israeli Occupation Forces ( IOF) issued Wednesday, November 30, 2022 stop-work orders for a house, two structures, and a barn for sheep in the town of Yatta, south of the southern West Bank city of Hebron.

According to Fouad Imour, a local activist, Israeli soldiers broke into the Bedouin area east of Yatta where they handed out stop-work orders for a house, a structure, and a barn for sheep.

Soldiers claimed the structures were built in Area C of the occupied West Bank, which is under Israeli military rule and where Palestinians are not permitted to develop in any way.