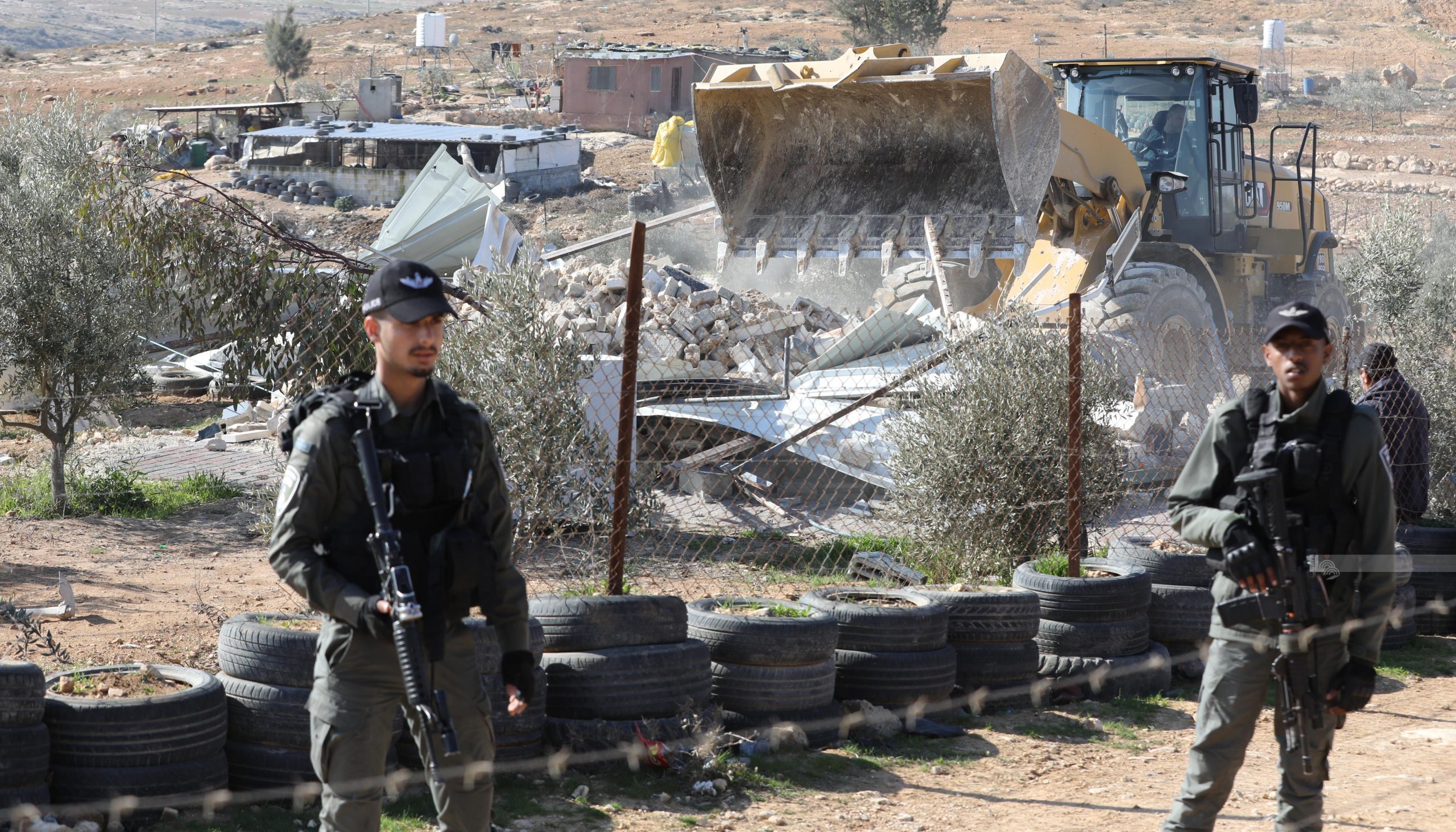 Rateb al-Jabour, a Palestinian activist in the West-Bank, said that Israeli occupation soldiers broke into Maeen community and demolished a room and another structure owned by local Palestinian residents.

Continouasly, Israel tries with everything in its disposal to empty Masafer Yatta from its original Palestinian residents claiming the area is a firing zone.

It’s noteworthy that these provocative acts come amid the escalating atmosphere, especially after the formation of the new Israeli Government as daily violations against Palestinian citizens, deliberate detentions, house demolitions and mandatory deportation policy are doubled and multiplied in a way to suffocate and complicate Palestinians’ lives.