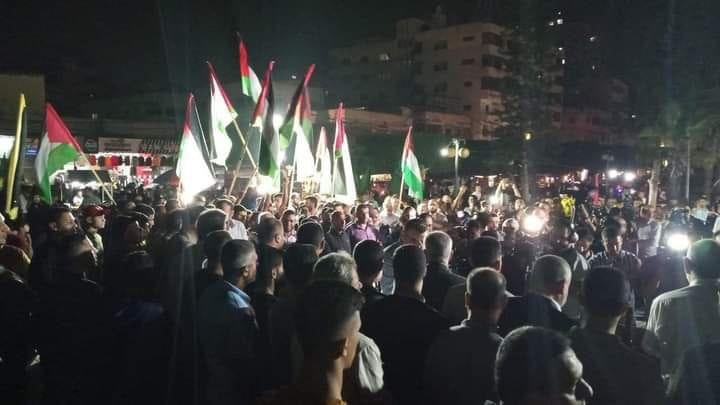 Dozens of Palestinian youths took part in a protest near the eastern border of Gaza on Tuesday, October 25, to condemn the Israeli aggression on the occupied West Bank city of Nablus.

Local sources reported that tens of Palestinian young men marched in the Malaka camp east of Gaza City to protest against Israel’s killing of five youths in occupied Nablus.

The sources added that confrontations broke out between Palestinian youths and Israeli forces stationed at the hills behind the apartheid wall along the border with the Gaza Strip.

These marches came in response to calls by The Palestinian National and Islamic Forces (PNIF) for a general strike on Tuesday in Gaza.

In Gaza City, protesters took to the streets chanting slogans against Israeli crimes and demanding an end to the Israeli aggression on the West Bank cities, particularly Nablus.