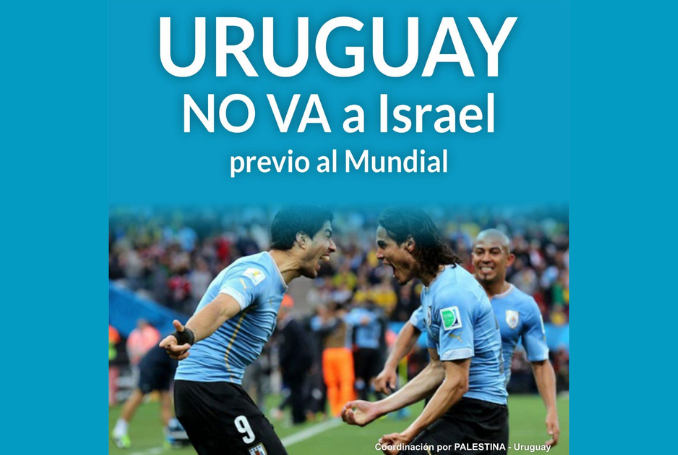 Pro-Palestine activists in Uruguay celebrated a major victory on Wednesday, October 12, 2022, as their country’s football team officially announced that they were not going to play in the Israeli occupation state as was previously scheduled.

In a statement, the Uruguayan group, Coordinación por Palestina (Coordination for Palestine), said that Uruguay’s Football Association (AUF) announced that it is not going to “Israel” following intense pressure.

The many messages sent to the AUF included a letter from a former coach of the Palestinian national football team, musician Roger Waters, along with several Palestinian intellectuals.

“We are deeply grateful for all the solidarity and support received from so many territories and people,” the group concluded.