Bahrainis Protest ahead of Israeli President’s Visit to Gulf 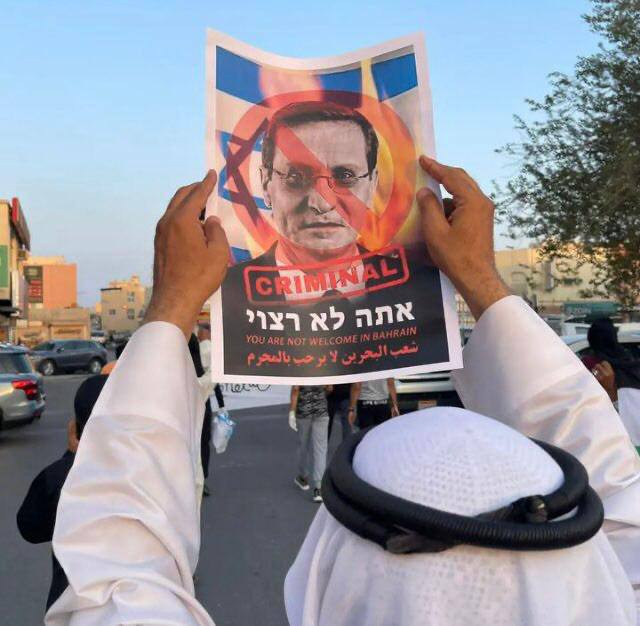 Protesters took to the streets, raising Palestinian flags and chanting Pro-Palestine slogans. They also expressed their rejection of all acts of normalization with the Israeli occupation.

Last Tuesday, The Bahraini Alwefaq Society called on the Bahraini public to participate in rallies ahead of Herzog’s visit to the area.

Last Tuesday, Israeli media reported that the Israeli president will visit Bahrain and the United Arab Emirates and meet with senior leaders in both countries.

Meanwhile, activists launched a social media campaign to oppose the visit, regularly tweeting pictures of Herzog who was described as a criminal.