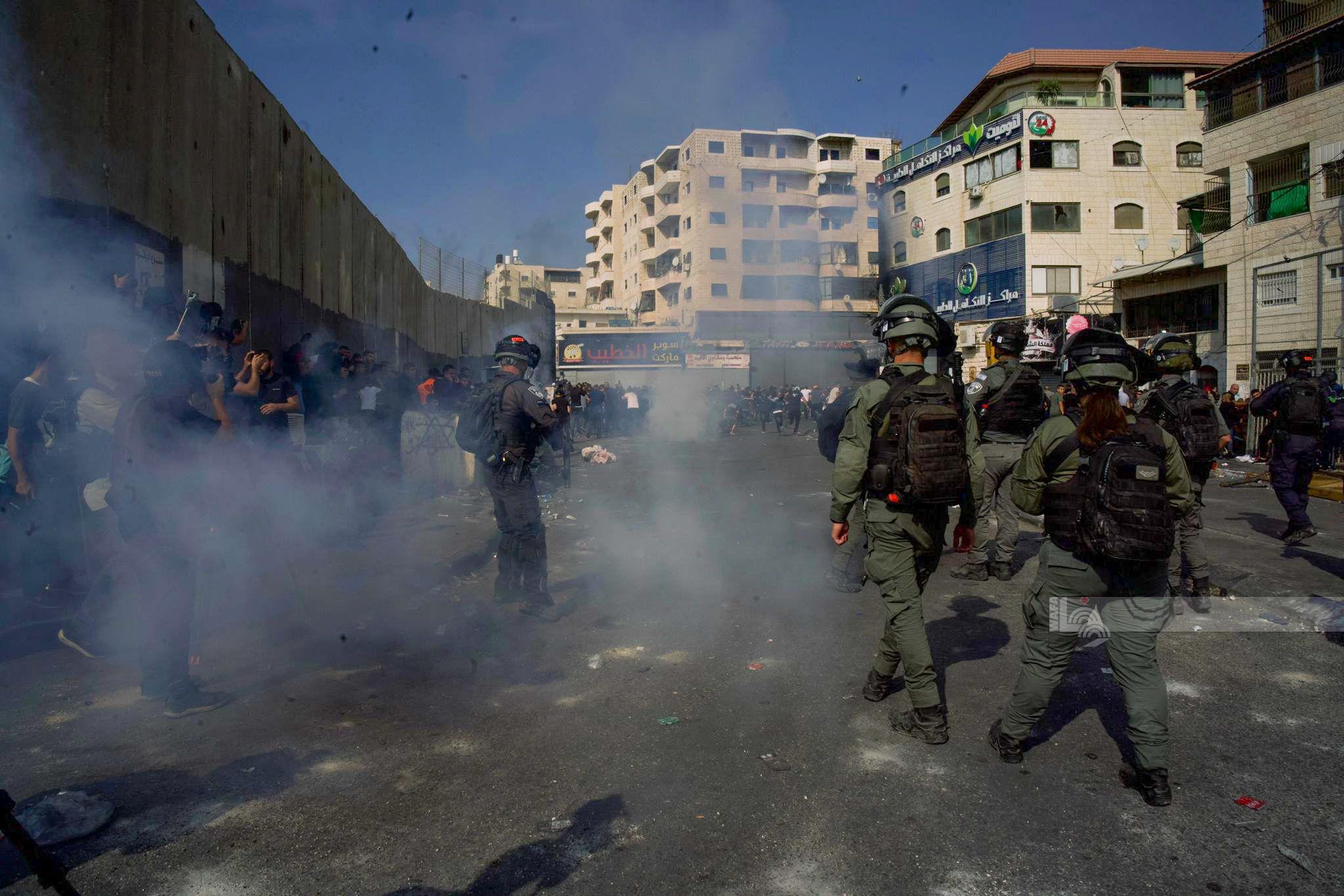 Confrontations erupted between Palestinian young men and the Israeli occupation forces, on Thursday, October 20, 2022, at the northern entrance to the city of Al-Bireh in the central occupied West Bank.

The confrontations erupted, following a march that roamed the streets of Ramallah and Al-Bireh, denouncing the continued crimes of the Israeli occupation against the Palestinian people, the latest of which was the martyrdom of the young Uday Al-Tamimi near the settlement of “Ma’ale Adumim”, which was built on Palestinian lands east of occupied Jerusalem.

As soon as the march reached the northern entrance to the city of Al-Bireh, the occupation forces fired rubber-coated metal bullets and tear gas canisters at the participants, but no injuries were reported.

Today, the Ramallah and Al-Bireh governorate is on a comprehensive strike, as is the case with the rest of the West Bank governorates, in mourning for the martyrdom of Al-Tamimi who was killed by the Israeli occupation forces, yesterday.