US Activists Protest Against JNF’s Funding of Israeli Crimes 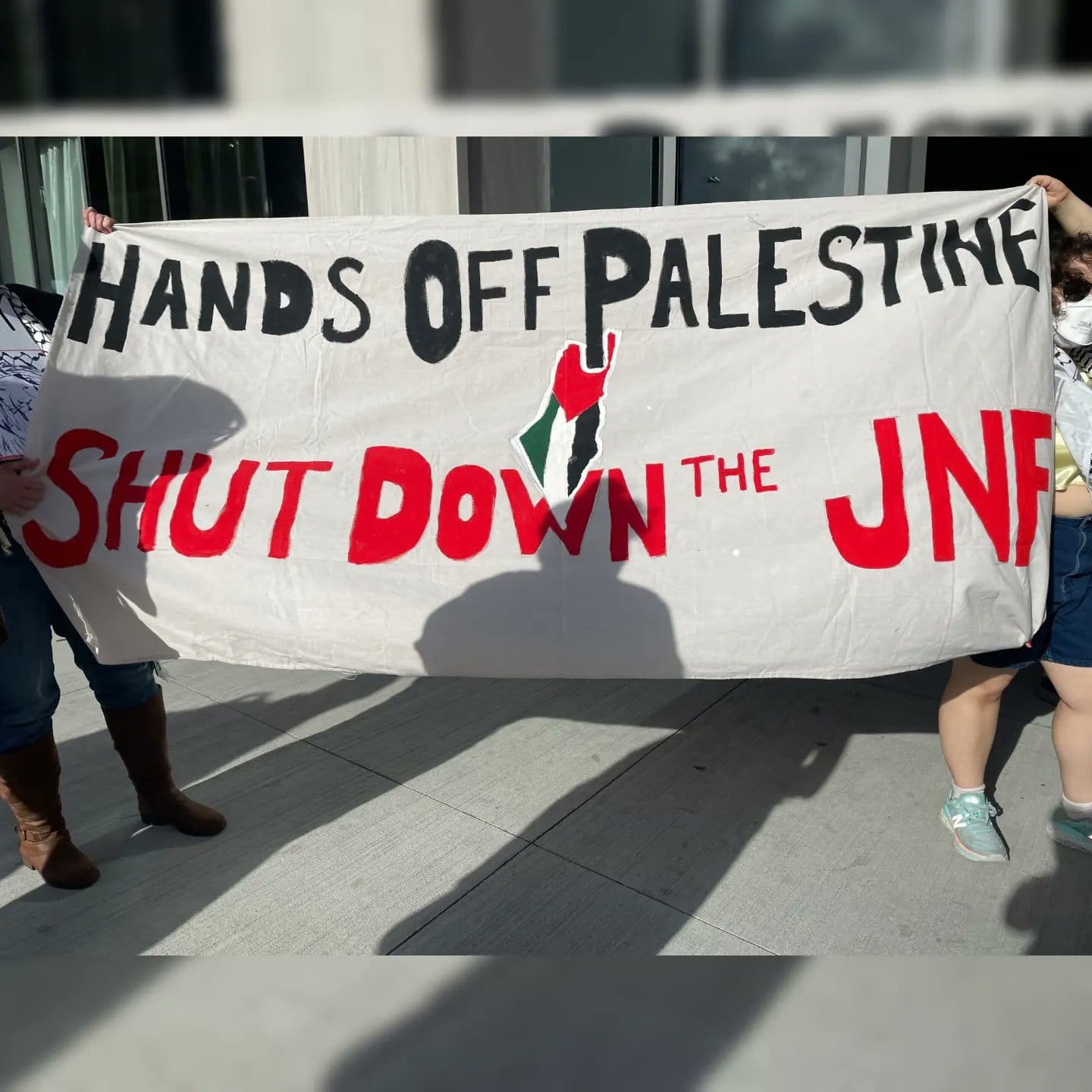 Dozens of Pro-Palestine activists in Boston took part in a rally on Sunday, November 7, to protest against the American Institutions’ funding of Israeli occupation.

Protesters gathered in front of the Omni Hotel in Boston to protest against the Jewish National Fund organization (JNF) for its ongoing support of the Israel Apartheid.

Activists raised banners that condemned the Israeli crimes against Palestinians, calling for the closure of NJF which supports the construction of Israel’s illegal settlements in Palestine.

The protests were held ahead of a JNF national conference which is scheduled to be held from November 4-6 at the Omni hotel in Boston.

Earlier in November, Samidoun Network called on activists to gather in front of the Omni Hotel to demonstrate against the convening of the conference.

The conference has meetings for several “task forces” for strategic planning to expand illegal settlements on Palestinian lands, Samidoun Network stated via an invitation on its website.

The Samidoun invitation pointed out that JNF has played an active role in the displacement and ethnic cleansing of Palestinians in their own lands since 1901.