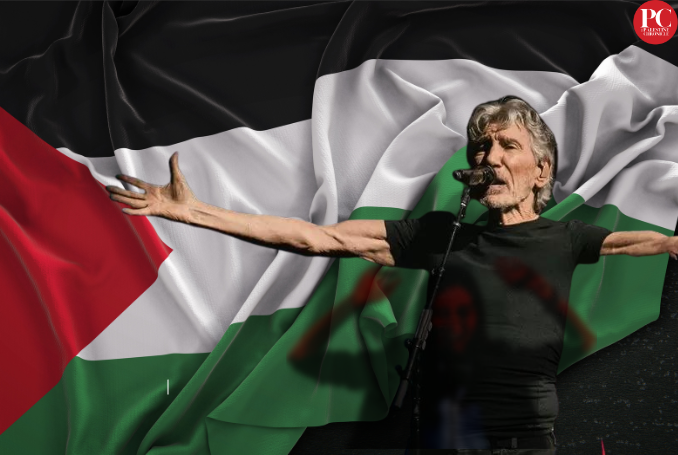 Pink Floyd rock legend Roger Waters has reaffirmed his commitment to perform in Germany next year as part of his This Is Not a Drill world tour in spite of vicious smears against him from German politicians and media outlets accusing him of antisemitism.

On Friday, Waters wrote on Facebook to his fans saying The Mayor of Munich, some members of the Green and SDP political parties and others “have been slandering me, accusing me of being an anti-semite and also a Putin apologist. I am neither of those things. Never have been and never will be.”

Waters, known for his outspoken commitment to the Universal Declaration of Human Rights and as a proud supporter of rights for Palestinians, has been attacked by German officials attempting to have his upcoming shows canceled.

According to Berliner Zeitung, Samuel Salzborn, the anti-Semitism commissioner of the Social Democratic Party, called for the cancellation of his upcoming concert in Berlin in May 2023.

The German official recently described the musician as “one of the loudest voices in the music business, spreading anti-Israel anti-Semitism,” in the German newspaper B.Z, according to Tagesspiegel.

Salzborn has been criticized himself for his “deep intolerance against Palestinians” by Palestinian journalist Ali Abunimah in the Electronic Intifada, following a Tweet he made in October 2019 (now deleted) which said:

“When you’re sitting in the train and the people next to you start talking about ‘Palestine’ without any apparent reason, it means it is time to either get off the train, put on your headphones, or scream at them”.

Abunimah said the tweet appears to be “a pure expression of his disgust even at the thought of Palestine or Palestinians existing.”

An article published last week in Jüdische Allgemeine smears Waters even more viciously, the article titled “Jew hatred on tour” says the Bavarian anti-Semitism commissioner Ludwig Spaenle recently called on the city of Munich to cancel the contract for the planned concert in the Olympiahalle if Waters did not distance himself from the Boycott Divestment and Sanctions movement.

BDS is a Palestinian-led movement encouraging non-violent pressure on Israel until it complies with international law.

In the same article, Sigmount Königsberg, the anti-Semitism commissioner for Berlin’s Jewish community is quoted as saying Waters is “an anti-Semite, a hate preacher with music that demonizes Israel.”

Likewise, Uwe Becker, Spaenle’s Hessian counterpart says Waters is, “a bad example of aggressive, Israel-related anti-Semitism” and that he is not welcome in the state.

Waters is not unique in having weaponized allegations of antisemitism wielded against him in Germany, the Euromed Human Rights Monitor recently expressed  concern over the “anti-Arab purge in German media.”

Waters has become an outspoken critic of Israel’s apartheid and oppression of the Palestinian people since he first visited the West Bank in 2006 and was approached by the BDS movement to support the campaign.

Speaking on Joe Rogan’s Experience last month, considered the world’s most popular podcast, Waters exposed Israel’s ongoing apartheid against the Palestinians saying, “now it is very difficult for anyone to have a conversation about Israel and Palestine without using the word apartheid because it is in the lexicon, and the problem is far more in the light.”

And it is not just adoring fans who listen to Waters’ informed perspective on Palestine, in 2012 he gave an extended address at the United Nations as part of the Russell Tribunal on Palestine and has written many letters encouraging fellow musicians not to perform in Israel.

Last year, distinguished Palestinian historian, Professor Rashid Khalidi (Edward Said Professor of Modern Arab Studies at Columbia University) suggested that young Palestinians should, “stop listening to old people for advice” on their activism at an event held by Palestine Dee Dive, before quickly correcting himself saying, “actually there is one older person you should still listen to, of course, his name is Roger Waters.”

Waters rounded off his to address fans in Germany on Facebook, saying, “Your Ruling Class and your media want to ban me from bringing my message of love and peace and revolution to enrich your lives. WELL I’M COMING, and together we will raise the roof on this charade”.