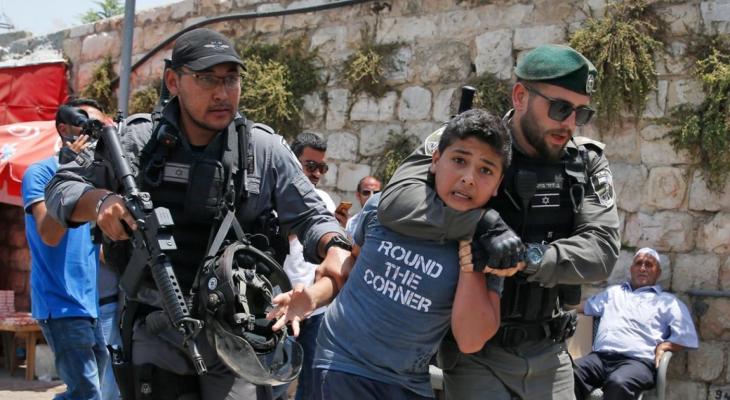 The Palestinian Prisoners Society (PPS) revealed on Saturday, November 19, that Israeli occupation forces have detained 750 Palestinian children since the start of 2022.

The PPS pointed out in a statement earlier Saturday coinciding with the approach of World Children’s Day, that Israel holds 160 Palestinian children in prisons, including three girls.

The Society pointed out that five of the children detainees are held under administrative detention without charge or trial.

It added that the data pointed out that most of the children were subject to assault or torture during their arrest.

Ahmed Manasra’s case, who was detained on his 13, is still the most prominent evidence of the psychological and physical torture that Palestinian children are subjected to, PPS added.

The PPS concluded that detention facilities lack the most basic human needs as prisoners are deprived of their rights to education and education.