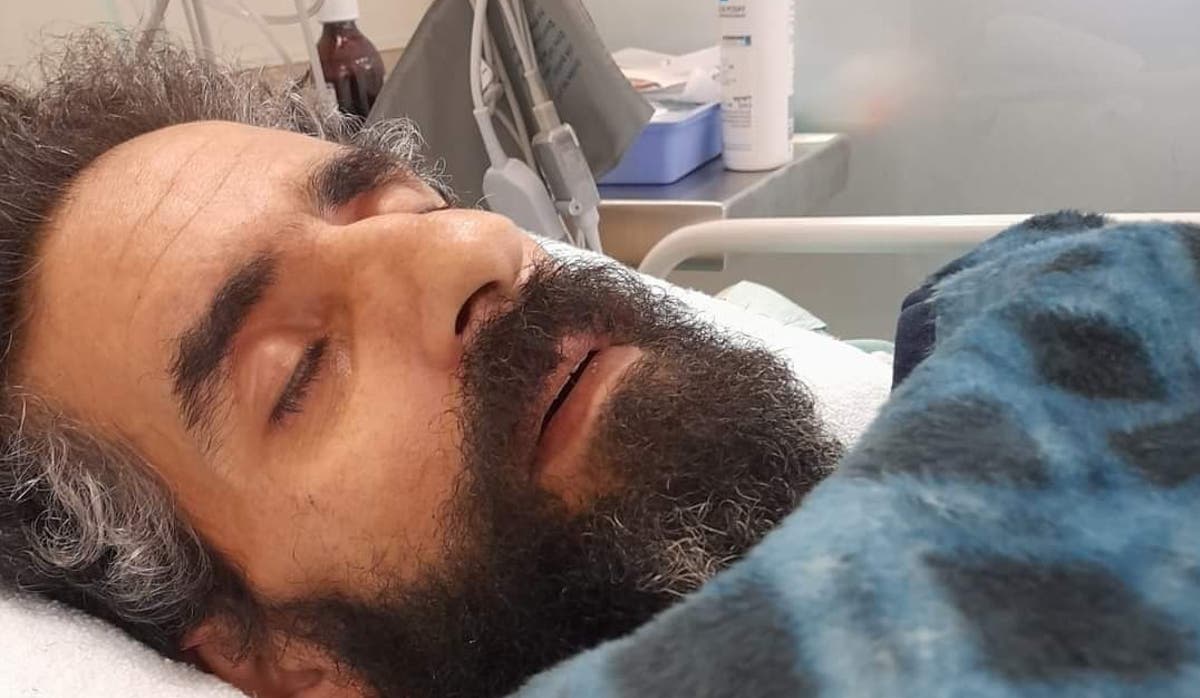 The Palestinian Prisoners’ Society (PPS) confirmed on Thursday that Palestinian detainee in Israeli jails, Hisham Abu Hawash has tested positive for COVID-19, after 12 days only of ending his hunger strike which lasted for 141 consecutive days in protest against his administrative detention without a charge or a trial by Israeli occupation authorities.

The PPS said that Israeli Assaf Harofeh Hospital, where Abu Hawash is hospitalized to recover, told Hisham’s wife that he has tested positive for COVID-19 and ordered her to leave the hospital.

The PPS added that Hisham was transferred to the COVID-19 specialized section.

The family of Abu Hawash accused the administration of the Assaf Harofeh hospital of medical negligence against their son as he was placed with a number of patients and was not isolated in a room as his health situation requires specialized medical care after 141 days of starving and suffering, especially he has become infected with Bacteraemia when he was in Israel’s Ramleh Prison Clinic.

The family has urged Hisham to be transferred to a Palestinian hospital in the West Bank so that he can get the needed medical care.

The PPS said that the Israeli occupation authorities are fully responsible for Hisham’s life and the lives of all Palestinian detainees in its prisons.

41-year-old Hisham Abu Hawash from Dora in occupied Hebron was arrested on October 27, 2020, and held under administrative detention.

He had been on hunger strike since August 17, 2021, in protest against his administrative detention without a charge or trial by Israeli occupation authorities.

On January 4, 2022, Abu Hawash, a father of five, ended his hunger strike after 141 consecutive days while his health condition had been deteriorating severely, after reaching an agreement with the Israeli occupation authorities to release him on February 26.

During the 141 days, Hisham entered a coma, adding that he lost speech, hearing, and sight.

He had been suffering from powerful fatigue, exhaustion, serious decline in body fluids and vitamins, and had been vomiting blood.

He also had trouble drinking water and had felt palpitations with every movement.

On December 26, Abu Hawash was transferred to the Assaf Harofeh hospital in southern occupied Palestine following a deterioration in his health. Shortly after he was transferred, the occupation authorities decided to freeze his administrative detention amid fears of sudden death. Such a decision is made routinely by Israeli courts, which come only within an Israeli strategy to forcefully end hunger strikes, which demand the end of illegal administrative detentions.
buy sildenafil citrate vardenafil online https://healthcoachmichelle.com/wp-content/languages/en/sildenafil-citrate-vardenafil.html no prescription

There are now 4600 Palestinians held in Israeli occupation jails, including 34 women, 160 minors, and 500 administrative detainees held without charge or trial.