Palestinians Should Not Be So Pessimistic About Netanyahu’s New Government 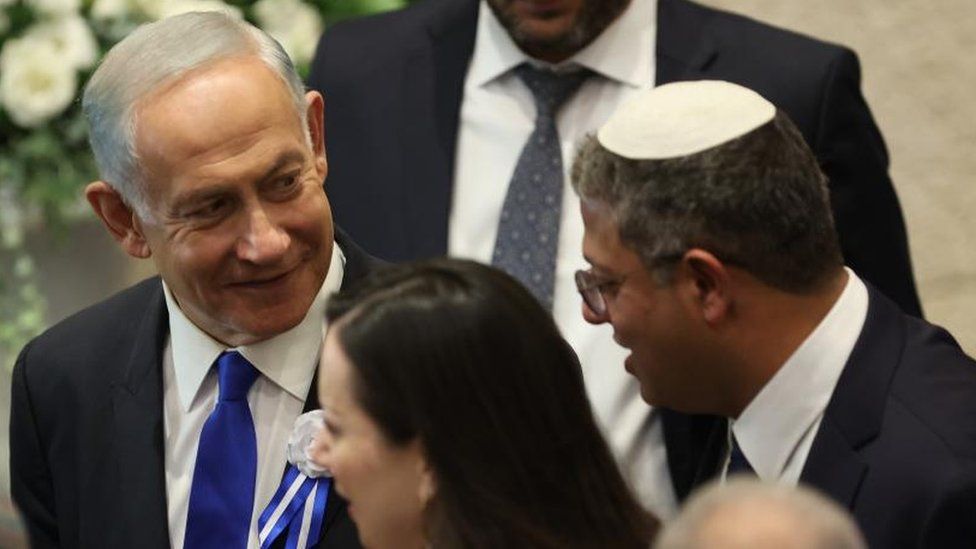 The Israeli government is moving more and more to the “extreme” right. It has been ever since the occupation of Palestine in 1948. But now, with the rise of a new far-right coalition, Israel’s future is uncertain. Many Palestinians see this as a dangerous development, fearing that it will lead to greater violence against them and their children.

But they should not be so pessimistic.

The recent formation of the new Israeli government has drawn much criticism from the international community. This coalition, led by Prime Minister Benjamin Netanyahu, is widely seen as a far-right government, and its policies are expected to be especially damaging to the Palestinian people. Despite the fact that this government is likely to be oppressive and racist in its treatment of Palestinians living under Israeli occupation, Palestinians should welcome it. And here is why.

Israeli citizens are becoming more right-wing due to a rise in extreme-right populists. The new coalition on the right is composed of religious and nationalist parties that do not believe in partial annexation of Palestinian land and want to transfer Palestinians out of it altogether.

Parties led by ultra-nationalists such as Itamar Ben-Gvir have been gaining in popularity in recent years due to their uncompromising attitude against Palestinians. The leaders are vocal in their support of expanding settlements in the West Bank. They also oppose any form of compromise with Palestinians, such as the two-state solution. Ben-Gvir has been particularly outspoken in his support of the Israeli government’s policy of demolishing Palestinian homes in the West Bank and Gaza Strip, as well as its refusal to grant Palestinians citizenship rights.

These parties have been using racism and hate speech to gain electoral support from Israeli settlers, who seem jubilant with a more racist government.

As settlers—who are more supportive of annexing the West Bank and even go as far as advocating a military transfer or expulsion—become more powerful with their newly elected government, Palestinian citizens will become less hopeful that they could ever better their situation. For many Palestinians living under occupation, they have become accustomed to speaking with bitterness of their own situation with no escape but violence. The occupation prevents them from developing and thriving as a society, which left Palestinians no choice but to escalate their resistance in order to protect their rights and freedoms, and to ensure that their voices are heard.

The new Israeli government will be a wakeup call that all Israeli governments, regardless of their political leaning, have consistently and systematically oppressed Palestinians under the occupation. The new government’s policies are expected to be more oppressive than before, but it is important to remember that previous governments were responsible for many human rights violations as well.

This will be a stark reminder to the international community that the Israeli-Palestinian conflict is not simply a matter of one political party “good” and the other “bad” – it is a matter of the Israeli government’s systematic discrimination against Palestinians.

The new government’s extreme policies towards Palestinians may also increase the world’s awareness of the desperate plight of Palestinian people. This could in turn lead to more pressure on the Israeli government to end its oppressive policies, and to consider a just solutions to the conflict.