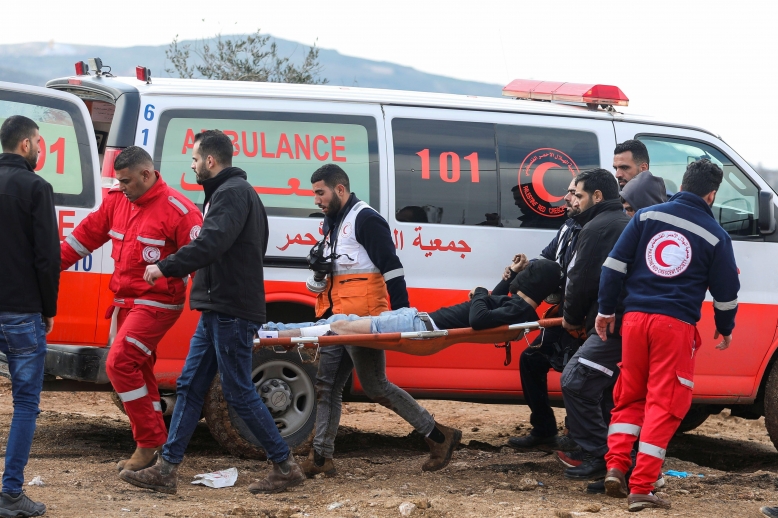 Palestinian Minister of health Mai Kaila, condemned Saturday, December 31, 2022 the Israeli army’s targeting and critically injuring of a Palestinian paramedic while he was attempting to provide aid to one of the injured in confrontations that erupted in the old city of Nablus.

An Israeli army raid into the old city triggered violent confrontations, which saw the Israeli soldiers opening fire toward Palestinian youths who attempted to block their entry, injuring 35 people including two who sustained live ammunition injuries, six who sustained shrapnel injuries, one rubber-coated steel injury in addition to another who was hit by a tear gas canister in the head.

Palestinian Medical Relief Society (PMRS) medic, Hamza Abu Hajar, was hit by a live bullet in the back, causing him critical injuries.